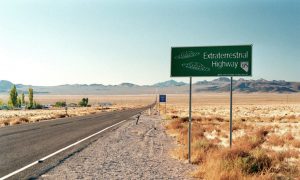 The Air Force's Area 51 Ultimatum
0
US

NEW YORK— An investigation by The Epoch Times found that three donors identified on comptroller candidate John Liu's campaign finance disclosures did not live at the addresses listed and the residents never heard of them.

The Epoch Times visited 15 addresses of donors listed on Liu's disclosures—only six residents answered their doors. Three confirmed that nobody under the listed name lived at the address. Two refused to confirm whether the listed donor lived at their address. The last address was a bar, rather than a residential address.

All three donors who were found to not be at the listed addresses were listed as retired or as a homemaker—thus no work address was required. All three were also listed under Chinese names.

Another door was answered by a Cantonese woman, also in Chinatown. She said she lived at the address for several years and doesn't know anyone by the name listed at her address. The donation written for her address was $200.

The third was answered by a woman, also in Chinatown. She said she lived at the address for 40 years and did not know anyone by the name listed on Liu's campaign finance disclosures at her address. The donation listed at her address was $500.

The names of the donors who did not live at the listed addresses are being withheld out of concern for the privacy and safety of the residents who live at the addresses.

Previous investigations by The Epoch Times found that the Fukien American Association, a Triad-front organization with ties to human trafficking and organized prostitution, raised more than $70,000 for Liu's campaign.

A Daily News published on Aug. 22 stated, "City controller hopeful John Liu touts youth in sweatshop—only family says it never happened," uncovered that Liu's claim that he worked in a sweatshop as a child is untrue. Liu has used the false claim heavily to promote his campaign.

John Liu is currently the District 20 city council member in Queens. He will be facing Republican candidate Joe Mendola and Rent-is Too-High-Party candidate Salim Ejaz for the position of NYC comptroller in the Nov. 3 general election.