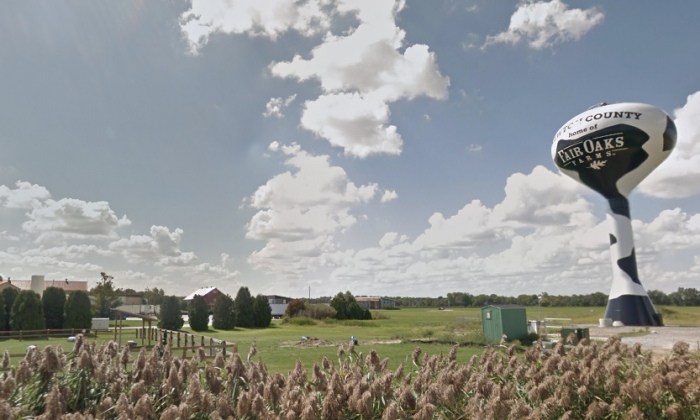 Warning: Video may be distressing for some viewers.

An Indiana farm that was accused of animal cruelty after an undercover video exposed some of its operations has responded to the allegations.

Fair Oaks Farms, one of the largest dairies and producer of dairy goods in the United States, has been accused of carrying out systematic abuse against calves at its premises in northern Indiana. The allegations were made by the non-profit organization Animal Recovery Mission (ARM), an organization with a mission to eliminate extreme animal cruelty operations worldwide.

“This resulted in extreme pain and suffering by the calves, and in some cases permanent injury and even death,” the group wrote in a statement.

Responding to the video, Fair Oaks Farms Founder Mike McCloskey said they were first made aware of ARM’s undercover operation months ago but were not aware of what footage was captured by the group. They said in their recent statement that they were “disgusted by and take full responsibility for the actions seen in the footage.”

“[I]t goes against everything that we stand for in regards to responsible cow care and comfort. The employees featured in the video exercised a complete and total disregard for the documented training that all employees go through to ensure the comfort, safety, and well-being of our animals,” McCloskey said in the statement.

“It is a shock and an eye-opener for us to discover that under our watch, we had employees who showed disregard for our animals, our processes and for the rule of law,” he added.

McCloskey said after reviewing ARM’s video, they have identified five individuals involved in the allegations. He said four of them were the farm’s employees, while another individual worked for a third party transportation company who was hired to pick up the calves.

He added that three of the employees had already been fired before the undercover video was received. He said, “[The individuals] were identified by their co-workers as being abusive of our animals and reported to management.”

The fourth employee involved has been fired since the video was released. McCloskey added that he will notify the transportation company to inform them about their employee’s alleged behavior.

“It is our position that any companies that come in contact with [the] transportation of our animals, should be well-versed in and adhere to our industry’s animal welfare practices,” his statement said.

He also added that upon learning about the undercover operation, they had hired a third party of conduct a review of the farm’s operations and provided retraining to staff throughout the dairies.

McCloskey also said he has reached out to ARM’s founder, Richard Couto, to “discuss a more symbiotic relationship” with the group. He added that a full investigation on the incident is underway.

Along with the animal cruelty allegations, ARM had also accused the farm employees and supervisors of “drug use and illegal marijuana cultivation.”

McCloskey also addressed these accusations in his statement.

“The statement that we grow and sell drugs on our farms is false. The plants featured in the video are an invasive perennial species that is rampant on farms all over the midwest. With that said, I am disappointed to learn of potential drug use on our properties. Months ago, the individual seen smoking by the barn and doing drugs in a truck was turned in by his co-workers to one of our managers. That manager notified local law enforcement about the drug use and, accordingly, a police report is on file,” he said.

He also added, “I am and will continue to be deeply involved in the resolution of this matter, down to every one of our employees, so that I can guarantee that these actions never again occur on any of our farms.”

McCloskey previously addressed the allegation in a statement when he was made known of them.

Along with being a top dairy product producer in the United States, Fair Oaks Farms is also a popular agri-tourism destination.