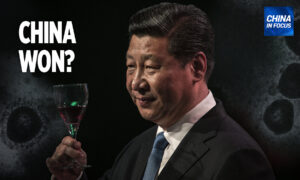 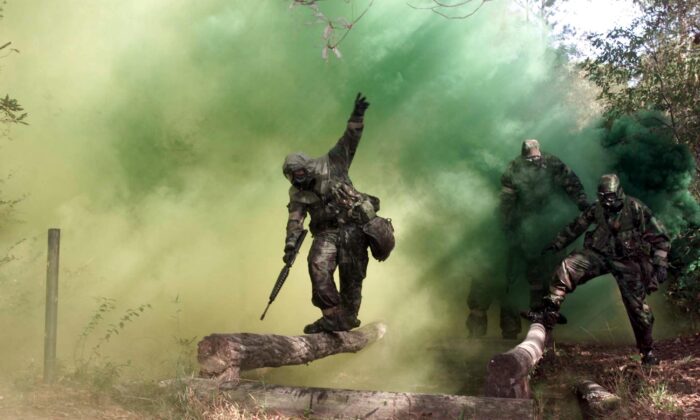 The Department of Homeland Security’s (DHS) failure to upgrade biosurveillance technology has limited its ability to detect potential airborne biological attacks, the House Subcommittee on Emergency Preparedness, Response, and Recovery heard on July 16.

The subcommittee hearing came on the heels of two damning internal reports about the DHS’s bioweapons detection system, known as BioWatch: One from the DHS inspector general in March that dissects the technical problems with BioWatch, and another from the Government Accountability Office (GAO) in May that critiques the department’s failed efforts to implement upgrades.

BioWatch was first established after the 2001 anthrax attacks, with national security officials deploying sensors that test the air for pathogens throughout 30 of the most populous U.S. cities.

But since then, little has been done to upgrade the system. The DHS inspector general said BioWatch hasn’t evolved with the times, as it only covers 22 of 50 states and six of the 14 biological agents known to be threats. The inspector general also found that local governments aren’t using equipment properly, and some BioWatch critics have described the system’s technology as “poor and nonfunctioning.”

Moreover, it’s a time- and labor-intensive process for the DHS to test whether a BioWatch sensor has produced a false alarm or evidence of an actual threat. DHS officers must physically collect a sample, transport it to a laboratory, and wait to have it analyzed before reporting to decision-makers—a process that can take up to 36 hours, according to the GAO.

The DHS’s Countering Weapons of Mass Destruction (CWMD) Office has been working to fix the deficiencies since 2018, when it unveiled the Biological Detection for the 21st Century (BD21) program. This technology has also had problems, generating false alarms by confusing biological threat agents with common material such as pollen, soil, and diesel exhaust, according to the May GAO report.

Technicians are working on an “anomaly detection algorithm” to spot false alarms.

“However, it is too early to determine whether integration of an anomaly detection algorithm will successfully mitigate the false alarm rate. Specifically, because the algorithms have never been developed and used for the purpose of bio-detection in an urban, civilian environment,” the May GAO report stated.

The Bipartisan Commission on Biodefense, a privately funded group established in 2014 to study U.S. biodefense issues, outlined many of the perceived problems with BD21 in testimony to the House Committee on Homeland Security in October 2019.

“BD21 is testing old Department of Defense technology for domestic use, rather than evaluating more current and advanced Department of Defense candidates. Some of the technology under evaluation may itself be flawed,” the Bipartisan Commission on Biodefense stated at the time. “State, local, tribal, and territorial partners have been left almost entirely out of the loop. They are unsure if they can support the system, because no vision for it has been communicated to them, other federal partners, and Congress.”

Despite these concerns, the CWMD is still pursuing BD21. At the subcommittee hearing, Rep. Donald Payne (D-N.J.) asked DHS Acting Assistant Secretary Gary Rasicot about what he is doing to address stakeholders’ concerns about BD21 and BioWatch. Rasicot conceded that there were some initial missteps, but insisted that his office is consulting with stakeholders to make sure BD21 meets the country’s national security needs.

“I’ve heard you loud and clear [about the concerns], and it was especially true in the BioWatch-BD21 arena, where I think initially when we were working on that program, it was done a lot sort of in the basement of the Vermont Avenue building that I occupy,” Rasicot said, referring to CWMD headquarters. “We heard you, and I went up to New York City—one of the primary places we were doing some demonstration work—and heard what they were saying.

“We’re also working closely with the labs to understand what’s technically feasible. It is not in anyone’s interest for me to try to buy something that doesn’t work. I get it.”

CWMD is still in the development phase of BD21 technology. The DHS has an October deadline to decide how it will proceed with the program. The GAO report from May suggested that the program may be nixed if not proven effective by then.

“Program officials said that if the program is unable to show [by October] that there is a realistic path to meeting the operational requirements, BD21 may not continue into system development,” the report stated.