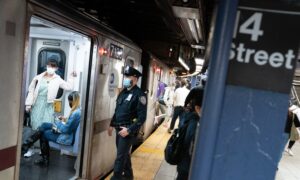 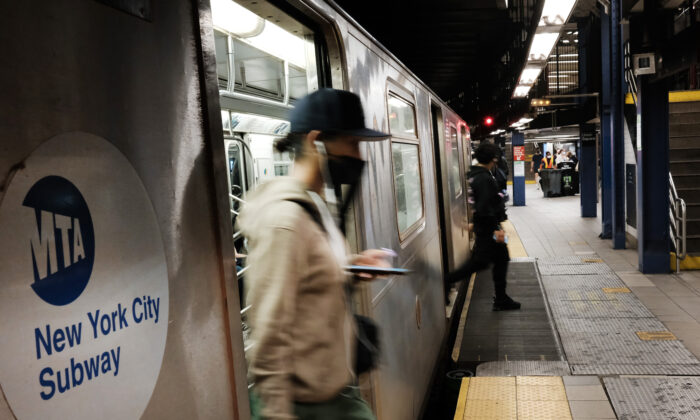 Private trains can’t make money and provide good service. Only the government can run trains. Give it more dollars.

The Metropolitan Transportation Authority (MTA) is a state agency running the region’s subways, buses, and trains. The trains are a mess, state and city officials agree.

So the state will provide more of the same. It recently approved the biggest capital plan in the agency’s history. Some $54.8 billion is allocated in the “MTA 2020-2024 Capital Program.” The Biden administration recently poured billions into the system.

Goo-goos said government subways would be a great deal for riders and taxpayers because the government sought no profits but only to run the system as a public service at cost.

But, over more than 80 years, government subways have never come close to breaking even. Many riders detest them. New York City Comptroller Scott Stringer says bad service hurts the area’s economy. Annual losses range from $170 million to $389 million, according to his 2017 report, “The Economic Cost of Subway Delays.”

The problem, he says in a sentiment echoed by many New York lawmakers, is too little government spending.

“There is no question our subways are in crisis after decades of underinvestment and inaction,” Stringer said in an October 2017 report. Stringer’s solution, more taxpayer dollars, is happening again.

His “underinvestment” complaints ignore disastrous government spending since the 1940 takeover.

Since then, elected officials have passed responsibility for subway operations to various authorities. They have incurred debts, financing new lines that never happened or were a fraction of projected lines.

The Second Avenue Subway was promised after the government takeover. The line was funded three times through bond issues.

It’s not nearly finished. Three stops operate out of a projected 16. It’s over budget. Still, then Gov. Andrew Cuomo, at the opening of the abbreviated Second Avenue Subway nearly five years ago, said New Yorkers should be proud of the subways.

“Spending $4.6 billion to build a 1.5-mile subway line was not necessarily a cause for celebration,” writes Philip Mark Plotch in “Last Subway: The Long Wait for the Next Train in New York City.”

“The final figure obscures other costs,” writes Nicole Gelinas of the Manhattan Institute in reviewing his book. “To complete these three stops by 2016, the MTA had to defer maintenance and repairs on its existing system, contributing to increasing delays starting in 2015, and higher costs later to fix them.”

She warns the MTA “now carries $44 billion in debt, giving it little flexibility to navigate even a modest recession, let alone a historic pandemic that has curtailed ridership indefinitely.”

How about a private line?

The IRT later had financial problems because fares were never raised in its history. Yet fares were frequently raised after the government takeover in the 1940s, with the DiNapoli report last year saying the state raised fares faster than the inflation rate.

The IRT couldn’t cope with inflation. It sold to the city for the same reason some once successful businesses fail, price controls, said a journalist, writing at the time of the sale in 1940. He said the city was finding a backdoor road to socialism.

“The City of New York has set a pattern for the nationalizing of the railroads of the country: a regulatory body, with the power to fix rates and compel unprofitable operation, squeezes the business into bankruptcy so that the owners are quite willing to sell their property to the taxpayers and the bureaucracy improves its position,” wrote Frank Chodorov in the book “The Rise and Fall of Society.”

Despite the subways’ recent disasters, they were actually once considered “an engineering marvel.” New Yorkers were once “enormously proud” of their subways, wrote Robert Caro in “The Power Broker.”

Caro wrote that “So superbly engineered and maintained had the system been previously … that it took years for this systematic neglect to take its toll.”

Most political and media elites agree about the “toll.” No state or city government or delegated state or city agency has solved the persistent post-1940 problems of poor service, a contracting system, and increasing red ink.

Historian Brian Cudahy, in “Under the Sidewalks of New York,” writes that, “If anything has emerged as a timeless and universal characterization of the New York Subway, it is the endless search for some future salvation, some not-yet-realized resolution of its difficulties and cure for its ills.” Cudahy, a former federal transit official, opposed any privatization.

So New York officials, few of whom ride the subways, generally share two beliefs: opposition to any privatization; and they take no responsibility for bad service, having set up an authority system that relieves them of accountability.

Economist Alexander Gray, writing in 1946 in “The Socialist Tradition: Moses to Lenin,” saw the same problem. He wrote of the London Tube: “[The] more and more the state ‘interferes’ or ‘controls’, … the less does it show a disposition to accept ultimate responsibility and direct responsibility for what is done.”