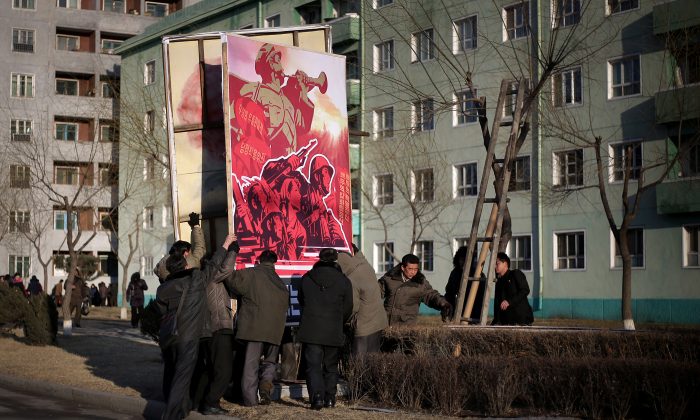 PYONGYANG, North Korea—The United States and Japan have already announced plans for new sanctions over North Korea’s recent nuclear test and rocket launch, and the U.N. Security Council is likely to deliver more soon. Cross-border tensions with Seoul are escalating quickly and even China is starting to sound more like an angry neighbor than a comrade-in-arms.

But with a storm brewing all around them, North Koreans have their own take on things—and it’s decidedly unapologetic.

Pyongyang started off the new year with what it claims was its first hydrogen bomb test and followed that up with the launch of a satellite on a rocket condemned by much of the world as a test of banned missile technology. When Seoul responded by closing down an industrial park that is the last symbol of cooperation between the two rivals, Pyongyang lashed back, expelling all South Koreans from the site just north of the Demilitarized Zone and putting it under military control.

Each move brought a new round of international outrage. But while the motives of Kim Jong-un’s regime are—as usual—a matter of speculation, ask a North Korean what’s going on and the reply is swift, indignant and well-practiced.

“It’s not right for the U.S. to tell our country not to have nuclear bombs,” Pak Mi-hyang, a 22-year-old children’s camp worker, told The Associated Press as she walked with a friend near Kim Il-sung Square in Pyongyang on Sunday. “The U.S. has a lot of them and tells us not to have any. It’s not fair. We’ve been living with sanctions for a long time and we are not afraid.”

Candor in street interviews is rare in North Korea. Pak and others who agreed to be interviewed by the AP were mindful of the fact that speaking out of turn can have severe repercussions, especially when talking to an American journalist with his North Korean escort.

“We have a lot of hatred toward Americans,” Pak said, politely, before walking on.

It hard to discern exactly how much of that is political correctness, North Korean style.

But anti-U.S. sentiment in this country does run deep, for good reason.

That is partly because the relentless propaganda that depicts Washington—which has made no secret of its desire for regime change—as its biggest existential threat. But it also reflects the brutality of the Korean War, which left millions of Koreans dead and most of North Korea’s cities and industrial base in ruins.

Though called the “Forgotten War” in America, it is anything but forgotten in North Korea. It is used by authorities to rally the nation around anti-U.S. feeling and a common outside enemy, and it also resonates with many North Koreans who remember wartime suffering or have family or friends who died in the fighting, which the North says was started by the United States and South Korea.

And since the 1950-53 war ended in an armistice, not a peace treaty, the U.S. is still technically and literally “the enemy.”

Reflecting that sentiment, Kim Cho-yong, a 49-year-old who works at the ministry of coal mining industry, said he feels “proud of the H-bomb.”

“We made a big step in making bombs so we are not afraid of any attacks from the enemies,” he said. “No enemy can attack us because we have an H-bomb.”

North Korea’s media has also tried mightily to show the public that nuclear tests, rocket launches and other acts condemned by the U.S. and its close allies are seen by countries outside Washington’s sphere of influence as symbols of national pride, socialist progress and strength. Every day brings new praise from places like Guinea and Bangladesh or political organizations such as the Workers’ Party of Hungary and the Group of Youth for the Study of Kim Jong-il Juche Idea in Vienna.

Even so, Pyongyang’s message has always been twofold: North Korea has every right to defend itself against a U.S. government bent on bringing it down, but if Washington would give up its hostile policies, it would be willing to seek peace, too.

The only realistic way to turn the situation around on the Korean Peninsula, Pyongyang has long said, is for Washington to remove its troops from the South—or at least stop its huge annual war games there—and start talks toward normalizing relations and negotiating a peace treaty.

“The U.S.’s ceaseless military threat and nuclear blackmail against the DPRK are precisely the reason why the nuclear issue in the Korean Peninsula was spawned and still remains unsettled,” the official Minju Joson newspaper said in an editorial Sunday using the acronym for the country’s formal name, the Democratic People’s Republic of Korea. “The only solution to it is to put an end to the U.S. hostile policy toward the DPRK.”

In Washington, of course, that position is seen as a non-starter. North Korea must, it claims, make the first move and dismantle its nuclear program.

Taking a deep dive into the U.S. media to suggest that even many Americans question that logic, the North’s official news agency, KCNA, on Sunday cited articles on the popular website Reddit and a recent issue of the Bulletin of Atomic Scientists that hit two of Pyongyang’s favored themes—failed U.S. policy toward the North and the need to engage, not isolate.

“Our country wants peace, and if the U.S. wants peace too then there will be peace,” said Pak, the children’s camp worker.

But she added that right now, as her country is once again coming under the threat of sanctions that will probably have a negative impact on her daily life, North Korea in her eyes is only growing stronger.

“I feel proud to be a member of the Korean nation,” she said.