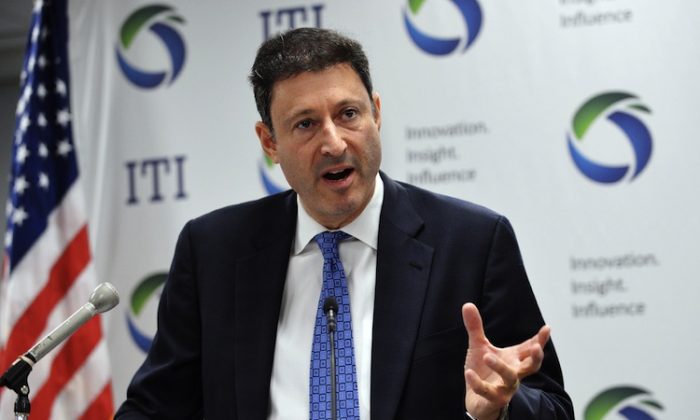 The United Nations has been pressuring the United States to hand over control of global telecommunications, and an upcoming conference convened by the U.N. International Telecommunication Union (ITU) was expected to mark major changes to global telecom. But Washington is putting the brakes on that plan over concerns that U.N. member states, including China and Russia, will be able to control cybersecurity, data privacy, and .com and .org domain names.

Countries would also be able to charge fees for international Internet traffic and establish new engineering and technical guidelines that would affect how the Internet works.

A report released Monday from the House Intelligence Committee pointed to concerns of espionage by Chinese telecom companies Huawei and ZTE, which are among 15 ITU sector members listed under the Chinese regime.

Coinciding with the Intelligence Committee report, the head of the U.S. delegation to December’s U.N. conference in Dubai, said the United States will reject major changes to global telecom.

The Internet and other forms of global telecom are governed by International Telecommunications Regulations (ITRs), established in 1988 at the World Administrative Telegraph and Telephone Conference. The Dubai conference will be the first since 1988 and intends to update these laws to give other countries more say in global regulations.

Terry Kramer, special envoy attending the conference, told reporters in Geneva Monday that while the United States is willing to negotiate changes to the ITRs, few changes will be accepted, SecurityWeek reported.

Kramer said the United States opposes proposals from some of the “nondemocratic nations” that include tracking and monitoring content and user information, which “makes it very easy for nations to monitor traffic.”

He also said the ITU’s regulations are “not an appropriate or useful venue to address cybersecurity,” and added, “We are very sensitive about any one organization taking on the sole role of solving cyberthreats.”

The United States submitted its proposals for the conference on Aug. 3, stating that while it will work with delegations, “the United States will not support proposals that would increase the exercise of control over Internet governance or content,” and will oppose efforts that broaden regulations “to empower any censorship of content or impede the free flow of information and ideas.”

The stance that the ITU should not have more power to govern the Internet and other forms of Information and Communications Technology (ICT) received more traction Monday, when the House committee released its report warning American companies not to do business with Chinese telecom companies Huawei and ZTE, following a year-long investigation.

“As this report shows, we have serious concerns about Huawei and ZTE, two Chinese telecommunications companies looking to gain market share in the United States, and their connection to the communist government of China,” Ranking Member of the Intelligence Committee Dutch Ruppersberger (D-Md.) said in a press release. “We warn U.S. government agencies and companies considering using Huawei and ZTE equipment in their networks to take into account the affect if could have on our national security.”

One of the main points the United States opposes is giving the ITU more control to govern the Internet. The ITU is run by 193 member countries and more than 700 private-sector entities and academic institutions.