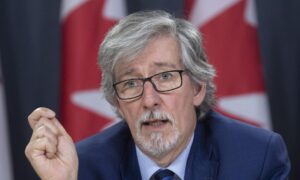 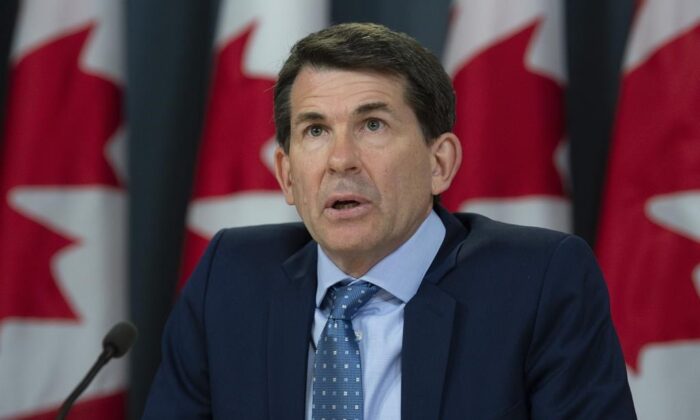 British Columbia Privacy Commissioner Michael McEvoy speaks during a news conference in Ottawa on April 25, 2019. McEvoy says he's considering launching an investigation into the use of facial recognition technology by the federal Liberals. (The Canadian Press/Adrian Wyld)
Canada

VICTORIA—The use of facial recognition technology by the Liberal Party of Canada as part of its process to pick candidates in the next federal election could result in a privacy investigation in British Columbia, says the province’s information and privacy commissioner.

Michael McEvoy said Thursday he is reviewing how B.C.’s privacy protection laws could relate to a request the Canadian Civil Liberties Association made to the federal Liberals to stop using the technology.

He said his office will examine the association’s call Wednesday to determine if there are B.C. connections that could warrant further investigation under the province’s privacy laws.

“We’ll look at it in fairly short order,” McEvoy said in an interview. “We just have to look at the (civil liberties association’s) materials first and then we’ll make a decision about what we intend to do.”

B.C. is the only jurisdiction in Canada that has privacy laws that ensure the activities of political parties are subject to independent oversight, including the use of identity technology, he said.

“Political parties collect a lot of sensitive information about individuals,” said McEvoy. “Voting intentions, location information. Just the fact that you have a political affiliation is sensitive personal information.”

The Liberals said the technology is being used to verify the identity of those eligible to vote at nomination meetings, which are traditionally held in person but have moved online because of the COVID-19 pandemic.

The party said it consulted with the federal privacy commissioner before deciding to use the technology.

“The Liberal nomination process is moving forward in a manner that ensures people can vote from their homes out of respect for public health precautions while maintaining the integrity of our elections and protecting privacy,” said Matteo Rossi, Liberal media relations manager, in a statement Thursday.

He said as soon as a nomination voter is verified, the person’s information is deleted and not retained.

McEvoy said Canadians would be more comfortable knowing that there was independent oversight available to confirm the voter information was wiped clean.