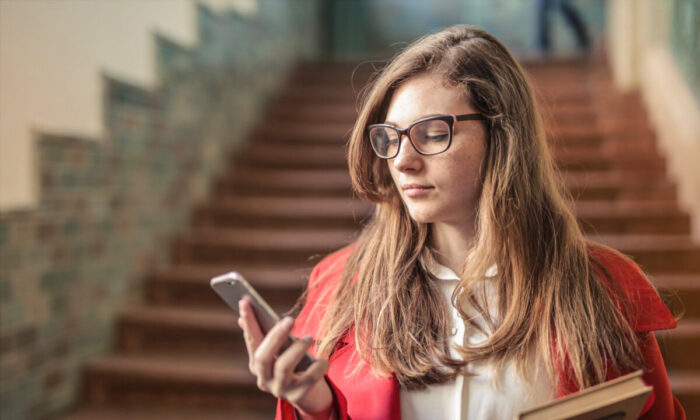 A woman looks at her phone. (Andrea Piacquadio/Pexels)
Australia

A new report from the left-leaning Australia Institute’s Centre for Responsible Technology has warned state-level governments to avoid crossing into “new frontiers” of citizen surveillance following the increasing adoption of home quarantine apps in the country.

The report called on state governments to “regain the public’s trust” after police (in Queensland and Western Australia) were caught accessing data collected in COVID-19 contact tracing apps to assist in investigations.

“It is important to learn the lessons of recent history and not allow moments of global crisis, like the pandemic, to reshape the way surveillance technology is used,” Peter Lewis, director of the Centre for Responsible Technology, said in a press release on Oct. 11.

“Twenty years ago, the world responded to 9/11 and the threat of terror by forcing technology companies to access the search history of their users, something that had never been contemplated before.

“Once this increased degree of surveillance was normalised, it was adopted by corporations like Google and Facebook to track users and to target ads, and by governments around the world to control their citizens.

“While it is important to get quarantine models right, the idea that facial recognition technology should be the primary monitoring tool for home quarantine should be treated with real scepticism,” he said.

Lewis called on governments to recognise the deficiencies in facial recognition technology and the risks it posed to privacy rights.

The report stated that the increasing use of surveillance technology globally to monitor compliance was a “troubling trend” and warned of the “normalisation of surveillance culture.”

It noted that while home quarantine was a preferred option over hotel quarantine—which can be costly and demanding on individuals—it was unclear whether governments had considered the full implications of using such technology, noting similar concerns with vaccine passport apps.

“The most prominent case study for successful use of facial recognition to combat the pandemic comes from China, which should be taken with a grain of salt given the country’s history of privacy abuses,” the report stated.

The Centre recommended that facial recognition be limited to single-use and for there to be precise expiration dates for any data collected. Further, the group called on state governments to update laws to cover facial recognition and stronger human rights protections.

Residents entering home quarantine are required to download the app and will need to “check-in” with the app at random intervals during their quarantine period of two weeks.

Users have just 15 minutes to respond to a random check-in notification (in Western Australia, this is just five minutes) by scanning their faces.

If they miss a scan, they will receive a follow-up phone call from the Home Quarantine SA team to discuss the reason why. If the individual misses the phone call, a compliance officer may be sent to the approved address to check on their situation.