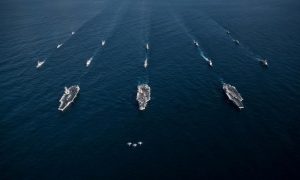 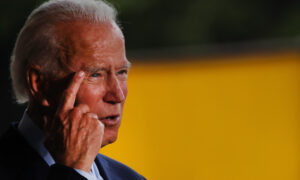 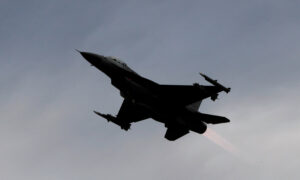 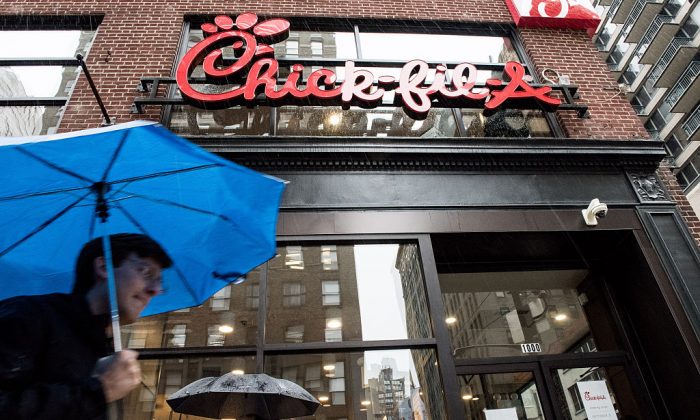 (Photo by Andrew Renneisen/Getty Images)
US

Facebook and other social media users slammed Chick-fil-A after a breastfeeding mother was kicked out of a North Dakota outpost of the popular chain.

“Just a heads up, we just went to the soft open of Chick-fil-A West Acres and the owner basically kicked me out for breastfeeding without a cover,” wrote Macy Hornung in a Facebook post that went viral.

“The owner came to our table where I was showing no more than the upper portion of my breast, barely more than what was visible in my shirt and asked me to cover. I tried to explain that I couldn’t, because my baby refuses to be covered and she started harping about the children and men who can see my indecency and I need to cover.”

Hornung continued, “I said they could practice the simple art of looking away and tried to cite North Dakota breastfeeding laws. She told me if I chose not to cover, then she would have to ask me to leave, so I told her my review would reflect my experience and I would be relaying the experience in every local mommy group.”

“I do not ever plan on eating there. I breast fed all my children. People need to have respect for moms discreetly feeding their babies. Just look away, or move tables,” said one.

“I’m sorry momma. I totally know how it is with a cover. And it’s so difficult, especially for newborns still getting the hang of it or those with latch issues. No need to hide what God intended women for!” added another.

However, some users suggested that Hornung shouldn’t be mad at being removed from the store.

“I do not enjoy it at all when I am eating at one of your restaurants or any other one and a nursing mom is being a nasty person when the people ask her to cover up,” wrote one user.

“Good for the owners of Chick Fil A! I don’t want to eat there and see your breast,” added another.

In any case, the collective outrage sparked an apology from the Fargo location’s owner, reported Hornung.

Kimberly Flamm, the owner, wrote the following public apology: “I would like to publicly apologize to Macy Hornung for the way I handled the situation on Saturday. I ask for your forgiveness on this matter as I learn from it. My goal is to provide a warm and welcoming environment for all of my guests.”