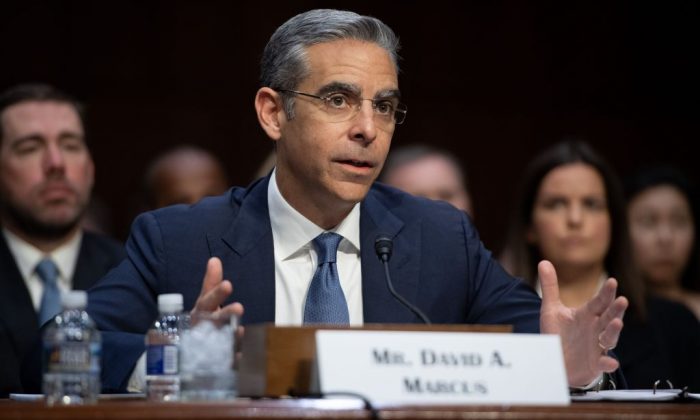 Facebook Under Bipartisan Attack Over Its Libra Digital Money

WASHINGTON—Facebook’s plan for a cryptocurrency has increasingly come under bipartisan attack after the social media giant announced in June that it would launch its own digital currency, called Libra.

Facebook revealed its blockchain plans in June, saying that it would launch Libra next year to help people and businesses transfer money at low cost around the world.

The U.S. Treasury Department raised “very serious concerns” about the potential misuse of Libra by bad actors, such as money launderers and terrorist financiers.

“Cryptocurrencies, such as Bitcoin, have been exploited to support billions of dollars of illicit activity like cybercrime, tax evasion, extortion, ransomware, illicit drugs, human trafficking,” Treasury Secretary Steven Mnuchin said in a press conference on July 15. “This is indeed a national security issue.”

The Treasury has made it clear to Facebook that they needed to comply with the same anti-money laundering and countering financing of terrorism rules as traditional banks.

“They’ve got a lot of work to do to convince us to get to that place,” Mnuchin said.

He also touched upon the importance of the U.S. dollar as the leading international currency.

“Treasury takes very seriously the role of the U.S. dollar as the world’s reserve currency, and we’ll continue our efforts to protect our country and secure the U.S. and global financial systems.”

According to The Verge, a U.S. technology news network, the goal of Facebook is to eventually create the first mainstream digital currency “that is as stable as the dollar, can be used to buy almost anything, and can support an entire range of financial products.”

“Facebook has demonstrated, through scandal after scandal, that it does not deserve our trust, and that it should be treated like the profit-seeking corporation it is, just like any other company,” he said in his opening statement.

“We would be crazy to give them a chance to experiment with people’s bank accounts, and to use powerful tools they don’t understand, like monetary policy, to jeopardize hardworking Americans’ ability to provide for their families.”

Sen. Martha McSally (R-Ariz.) was among other members who raised concerns about Facebook’s repeated violations of user privacy.

“I don’t trust you guys,” she said. “So instead of cleaning up your house, now you’re launching into another business model with Calibra here.”

When repeatedly asked why Facebook was pursuing a digital currency, Marcus said the blockchain technology was inevitable, and the United States had to lead in building and regulating it.

“I believe that if America does not lead innovation in the digital currency and payments area, others will. If we fail to act, we could soon see a digital currency controlled by others whose values are dramatically different,” he said.

The House Financial Services Committee will also hold its own hearing on Libra on July 17.

‘Not a Fan of Bitcoin’

In a series of tweets on July 11, President Donald Trump also attacked cryptocurrencies, saying that they are used in facilitating “unlawful behavior, including drug trade.”

“I am not a fan of Bitcoin and other Cryptocurrencies, which are not money, and whose value is highly volatile and based on thin air,” he wrote. “Similarly, Facebook Libra’s ‘virtual currency’ will have little standing or dependability.”

If Facebook and other companies wanted to operate as a bank, Trump continued, they should obtain a bank charter and become subject to banking regulations.

The president highlighted the U.S. dollar’s dominance in a follow-up tweet.

“We have only one real currency in the USA, and it is stronger than ever, both dependable and reliable,” he stated. “It is by far the most dominant currency anywhere in the World, and it will always stay that way. It is called the United States Dollar!”