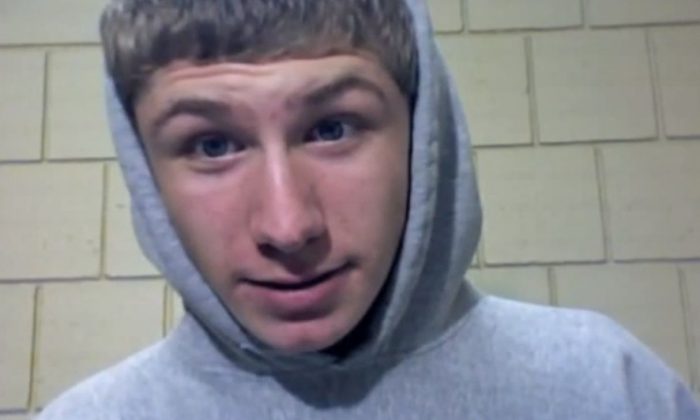 Cameron D’Ambrosio, a teenage aspiring Massachusetts rapper, was freed by a grand jury over allegations that he made a terroristic threat on Facebook.

D’Ambrosio, 18, was jailed in May after he allegedly communicated a “terrorist threat,” reported Reuters. He posted lyrics to a song he wrote that suggested he could do worse than the Boston Marathon bombers.

However, many activistsclaimed that he was just posting lyrics of a song and did not actually want to carry out the alleged threat. He posted the message just days after the Boston Marathon bombings, which killed three people and injured hundreds.

“While today is a major victory for Cam, the chilling effect that this case has already had on free speech cannot be undone,” Evan Greer, of Boston’s Center for Rights and Fight For The Future, told Reuters.

He organized a petition supporting D’Ambrosio, a senior at Methuen High School, which got more than 90,000 signatures.

Essex County District Attorney spokeswoman Carrie Kimball-Monihan told the Boston Herald that no further action will be taken against D’Ambrosio.

“We presented the case. We called witnesses. It’s the function of the grand jury to hear the evidence,” said Kimball-Monihan.

But Methuen Police Chief Joseph Solomon said he supports arresting D’Ambrosio in light of the bombings.

“Although we disagree with the grand jury’s decision, we respect it,” Solomon told the Herald. “Several judiciary levels have confirmed the probable cause in this case as it has worked its way thought the criminal justice system. We will continue to take all threats against our community seriously and will always utilize due diligence in our investigation.”