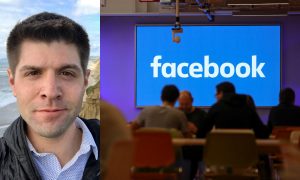 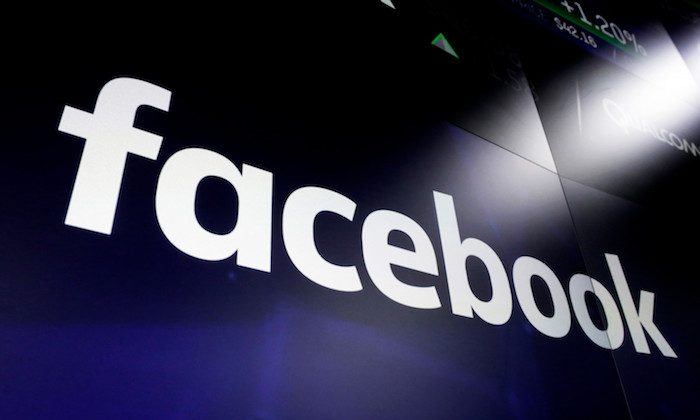 The logo of Facebook appearing on screens at the Nasdaq securities exchange in New York. (AP Photo/Richard Drew)
Social Media

LONDON—Facebook said on Jan. 17, it removed hundreds of Russia-linked pages, groups and accounts that it says were part of two big disinformation operations targeting users outside the United States.

The social media company said its latest effort to fight misinformation came after it found two networks “that engaged in coordinated inauthentic behavior” on Facebook and its Instagram service.

Facebook’s head of cybersecurity policy, Nathaniel Gleicher, said in a blog post that one network operated in countries in Central and Eastern Europe, the Baltics, Central Asia, and the Caucasus. The other focused on Ukraine.

“We didn’t find any links between these operations, but they used similar tactics by creating networks of accounts to mislead others about who they were and what they were doing,” Gleicher said.

Last night, we removed two networks of Pages and accounts that were driving campaigns of coordinated inauthentic behavior (CIB) that originated in Russia. We are constantly working to find and stop this kind of activity in Europe and around the world. https://t.co/30DH1z0Ybn

U.S. tech companies have stepped up their work against disinformation campaigns, aiming to stymie online troublemakers’ efforts to divide voters and discredit democracy. Facebook’s purge is part of countermeasures to prevent abuses like those used by Russian groups two years ago to sway public opinion ahead of the 2016 U.S. presidential election.

Though much of the attention has been on Russian-linked campaigns in the United States, Facebook has identified and blocked such tactics around the world. The Menlo Park, California, company has been disclosing such purges regularly in recent months, as its systems get better at detecting and removing malicious accounts. But those behind the campaigns are sharpening their attacks, too.

According to Facebook, the people running the accounts represented themselves as independent news sources and posted on topics like anti-NATO sentiment and protest movements.

Gleicher said one network of 364 pages and accounts was linked to employees of Sputnik, a Russian state-run English-language news site. About 790,000 accounts followed one or more of the network’s pages. The operation spent about $135,000 over six years for Facebook advertisements, which it paid for in euros, rubles, and dollars. The most recent ad ran in January.

“The decision is clearly political. This is tantamount to censorship,” Sputnik said in a statement to The Associated Press, adding that Facebook blocked the accounts of seven of its bureaus in former Soviet republics. “Sputnik editorial offices deal with news and they do it well. If this blocking is Facebook’s only reaction to the quality of the media’s work, then we have no questions, everything is clear here. But there is still hope that common sense will prevail.”

Acting on a tip from U.S. law enforcement, Facebook shut another 148 pages, groups, and accounts, including 41 on Instagram, that were part of a second network that spent $25,000 on ads in 2018, paid for in rubles. Gleicher said Facebook “identified some technical overlap with Russia-based activity we saw prior to the U.S. midterm elections, including behavior that shared characteristics with previous Internet Research Agency activity.”

The disclosure is the latest in a series of fake account purges in recent months. Facebook has been stepping up its scrutiny after being criticized for its slow response to foreign attempts to influence the 2016 vote.

In another measure aimed at increasing transparency, Facebook last year started requiring all political ads taken out in the United States, Britain, and Brazil to disclose who paid for them.