Study: Most of Your Friends on Facebook Aren't 'Real' Friends
0 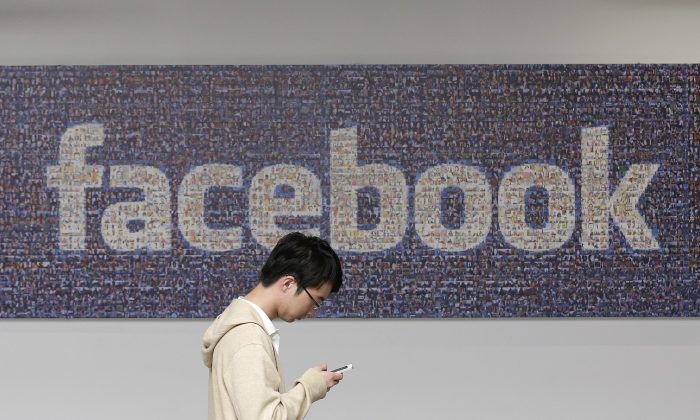 SAN FRANCISCO—Facebook is growing at an exceptional pace as it enters adolescence, propelling it into a better position to challenge Google as the Internet’s most powerful company.

It marked the first time that Facebook’s quarterly revenue has surpassed $5 billion — more than fading Internet star Yahoo now generates in an entire year. Facebook’s earnings also more than doubled to $1.56 billion, even as the Menlo Park, California, company invests heavily in virtual reality, Internet access in remote parts of the world and a mobile ad network for services other than its own.

The performance lifted Facebook’s stock by $6.78, or 7 percent, to $101.23 in extended trading after the report came out.

Although Google remains three times larger by revenue, Facebook has been closing the gap as it sells more mobile advertising on its addictive social-networking app. And it’s just beginning to mine revenue from its trendy Instagram service and a rapidly expanding video library.

This spring’s debut of the Oculus Rift headset, part of the virtual-reality technology that Facebook bought for $2 billion in 2014, could open another lucrative market. Google is now hiring more virtual reality specialists, a sign that is trying to catch up with Facebook in a still-nascent field that could transform computing.

Social networking remains Facebook’s foundation. The service picked up another 46 million users during the final three months of last year to expand its worldwide audience to 1.59 billion users.

Google, now a part of the recently created Alphabet Inc., is thriving, too, with more than 1 billion users on its search engine as well as its YouTube video site and its Android software for mobile devices. That makes it unlikely that Facebook will topple Google anytime soon.

Powered by the world’s dominant Internet search engine, Google still sells the most digital advertising by a wide margin. Just how much more will be disclosed Monday, when Alphabet is scheduled to announced its fourth-quarter earnings. Alphabet is expected to report fourth-quarter revenue of nearly $17 billion, after subtracting ad commissions, nearly triple what Facebook generated during the same three-month period.

Related Coverage
Study: Most of Your Friends on Facebook Aren’t ‘Real’ Friends

But consider this: Facebook will be turning 12 years old next week and it just posted revenue of $5.8 billion in its latest quarter. At the same stage of its existence in September 2010, Google’s net revenue stood at $5.5 billion.

What’s more, Facebook’s revenue is climbing at a more rapid clip than Google’s was at a comparable stage. Facebook’s revenue in the past quarter represented a 52 percent increase from the same time a year ago. When it turned 12 years old, Google’s quarterly net revenue rose 25 percent from the previous year.

That’s still a lot of ground for Facebook to make up, but it’s not impossible, given the digital dossiers that it has compiled about its users’ passions, friendships and other services that they visit while signed into the social-networking service.

All that data could help Facebook deliver ads tailored for each individual’s interests even better than Google has done by analyzing search requests, emails and people’s locations, eMarketer analyst Debra Aho Williamson said.

“I wouldn’t underestimate Facebook,” Williamson said. “They have shaken up multiple types of businesses and completely changed the way that people communicate.”

Google knows better than to dismiss the threat posed by Facebook. After all, when it went public in 2004, Google was still smaller than Yahoo. It didn’t take long for Google to trounce Yahoo, partly because its rival focused on being on an all-purpose destination while overlooking the lucrative business of search advertising. By contrast, Google has been vigilant about protecting its search business while developing YouTube, Android and other popular products such as Gmail and the Chrome browser.

“Some people have been wondering if Facebook wins, does that mean Google loses?” said Rosenblatt Securities analyst Martin Pyykkonen. “For now, I think both of these stories can win. They are the two big gorillas in digital advertising.”