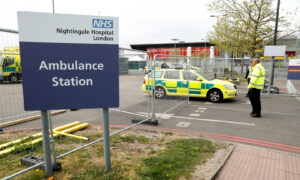 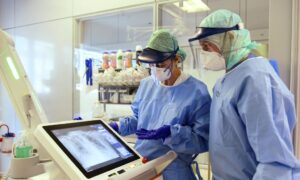 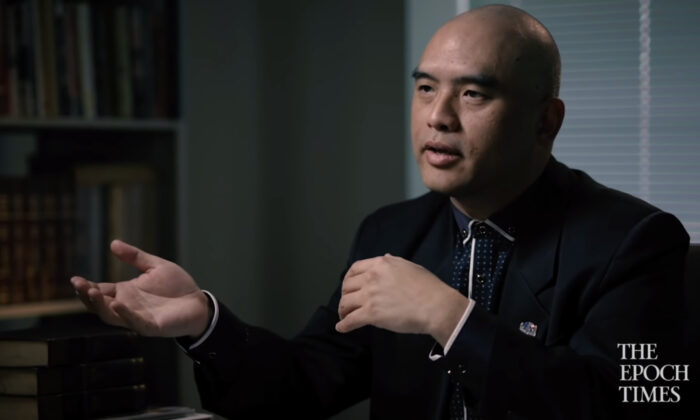 After a documentary on the CCP virus origins went viral, Facebook labelled it “False Information” based on an article that not only wasn’t talking about the documentary, but contained incorrect information itself.

The documentary was produced by The Epoch Times and NTD television and delved into the origins of the CCP (Chinese Communist Party) virus, also called novel coronavirus or SARS-CoV-2.

The documentary, which has attracted more than 70 million views across different platforms, discusses, among other matters, the possibility that the virus came from a laboratory at the Wuhan Institute of Virology (WIV), nestled at the ground zero of the pandemic in the central Chinese city of Wuhan. The documentary doesn’t make a definitive conclusion on the matter.

U.S. authorities recently publicly acknowledged that they have been exploring this possibility.

“We are still asking the Chinese Communist Party to allow experts to get in to that virology lab so that we can determine precisely where this virus began,” State Secretary Mike Pompeo told Fox News.

The chairman of the Joint Chiefs of Staff said on April 14 that U.S. intelligence agencies are investigating whether the virus may have leaked from the lab, The Washington Times reported.

Facebook claims that the documentary was “Checked by independent fact-checkers” and “The primary claims in the information are factually inaccurate.”

It links to an article by Flora Teoh, science editor at Health Feedback website. The article, however, doesn’t pertain to the documentary. It was last updated on March 20, more than two weeks before the documentary was released.

The article takes issue with a Feb. 22 New York Post op-ed by Steven Mosher, president of the Population Research Institute.

“The evidence points to SARS-CoV-2 research being carried out at the Wuhan Institute of Virology,” Mosher wrote, noting that Chinese leader Xi Jinping recently called for a new biosecurity regime and that “People’s Liberation Army’s top expert in biological warfare, a Maj. Gen. Chen Wei, was dispatched to Wuhan at the end of January to help with the effort to contain the outbreak.”

He also mentioned that there’s a phenomenon in China of research facilities selling lab animals for meat.

“The virus may have been carried out of the lab by an infected worker or crossed over into humans when they unknowingly dined on a lab animal,” he speculated.

According to both the experts, the call of Chinese authorities for increased biosecurity was innocuous as Chinese laboratories were expected to deal with the new virus.

Teoh doesn’t address the appointment of the “top expert in biological warfare”—a claim that originally comes from an article in an official Chinese military outlet. The article has since been deleted.

Teoh further said that “there is no evidence supporting claims that biosecurity is poor in the Wuhan Institute of Virology or that lab animals are being sold or consumed.”

The first part of her claim is based on a response from Anderson, who said she’s worked at the institute.

“I will disclose that I am a scientist trained to work in high containment and have collaborative projects with the Wuhan Institute of Virology (WIV),” she said. “I have worked in this exact laboratory at various times for the past 2 years. I can personally attest to the strict control and containment measures implemented while working there. The staff at WIV are incredibly competent, hardworking, and are excellent scientists with superb track records.”

This assertion has been undermined by a recent article in The Washington Post, which says that 2018 State Department cables warned of safety issues at the Wuhan lab.

Accusations about the selling of lab animals, including at WIV, have circulated on Chinese social media.

An online profile using the name and photos of WIV researcher Chen Quanjiao accused the director-general of the institute, Wang Yanyi, of “frequently” reselling lab animals at the nearby wet market and thus possibly leaking the virus from the lab.

Wang denied it and Chen put out a statement saying her identity has been stolen and rejected responsibility for the online posts.

The Epoch Times/NTD documentary mentions Xi Jinping’s biosecurity directive, the involvement of Gen. Chen Wei, as well as a social media post by Chen Quanjiao. That’s, however, a fraction of the information it provides, which includes interviews with several virologists as well as experts on China and security issues.

The documentary calls “doubtful” China’s official explanation that the virus naturally jumped from bats to humans. It stops short, though, of reaching a definitive conclusion on its origins.