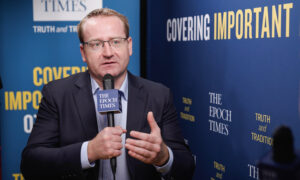 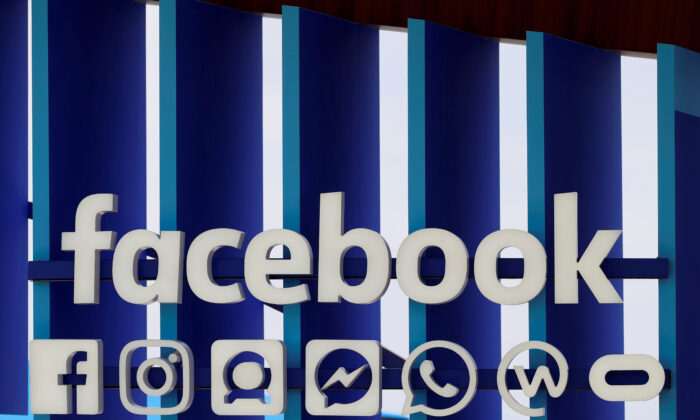 A Facebook panel is seen during the Cannes Lions International Festival of Creativity, in Cannes, France, on June 20, 2018. (Eric Gaillard/Reuters)
Media & Big Tech

Facebook Official Recorded Saying Company Has Too Much Power, Should Be Broken Up

A top Facebook official told an undercover journalist that the social media giant has grown too powerful and should be broken up, according to a video released by Project Veritas on March 15.

“I would break up Facebook, which means I would make less money probably, but I don’t care. Like, that’s what needs to be done. Instagram, Facebook Messenger, Oculus, WhatsApp … all need to be separate companies. It’s too much power when they’re all one together,” Thomas said, according to the video.

“No king in the history of the world has been the ruler of 2 billion people, but Mark Zuckerberg is and he’s 36. That’s too much for a 36-year-old. You should not have power over 2 billion people. I just think that’s wrong,” Thomas said.

The social media giant is facing two major antitrust lawsuits in the United States, one by the Federal Trade Commission and another by a group of state attorneys general.

Thomas has worked at Facebook in New York since September 2019, according to his LinkedIn profile.

Thomas also said a project he worked on at Facebook registered more than 4.5 million voters.

“One of the things I worked on, which made me happy, was a voter registration drive. These are the kinds of things—this is the good side of Facebook. This is the kind of thing that you can only do with a company that has the sheer scale and reach of Facebook. We set ourselves a goal of registering 4 million new people and we went over that target. We did 4.5,” Thomas said.

The voter registration drive by Facebook hasn’t been previously reported. Zuckerberg and his wife, Priscilla Chan, committed $400 million to the Center for Tech and Civic Life for the nonprofit to assist jurisdictions in running elections. The nonprofit was highlighted in a number of cases brought after the Nov. 3, 2020, election.