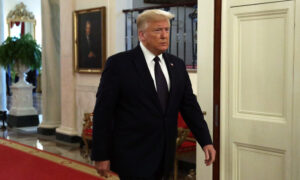 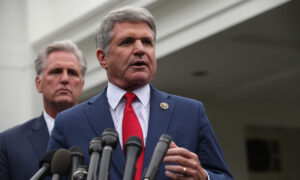 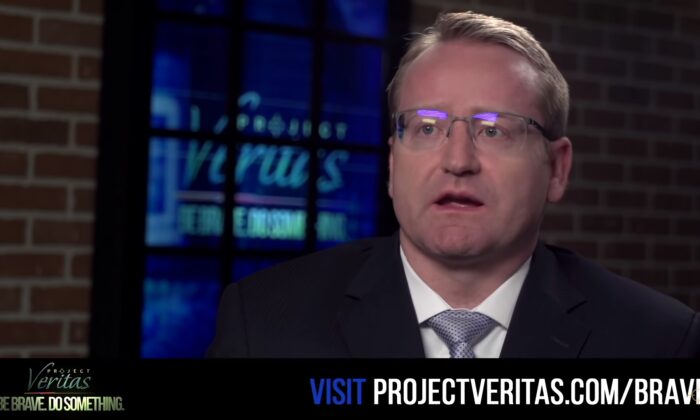 Another person, identified as Facebook content review lead, was caught on hidden camera calling “MAGA” as one of a number of “hate organizations” in the same category as “Nazis.”

The former content moderator, Ryan Hartwig, said he worked at Cognizant, a company hired by Facebook to handle part of its manual content policing. He left Cognizant’s office in Phoenix a “couple weeks” before his interview with Project Veritas, an investigative journalism nonprofit.

It isn’t clear when the interview was filmed. Facebook stopped using Cognizant in February, according to Veritas.

Cognizant didn’t immediately respond to requests by The Epoch Times for comment. Facebook has previously claimed its platform doesn’t favor one political viewpoint over another.

Hartwig said he saw “blatant bias” at the company, shortly after he started the job in March 2018.

He provided a screenshot of an internal June 7, 2018, post by Shawn Browder, operations and training manager at Cognizant, that informed the moderators that some content that breaks Facebook “Hate Speech” policy would be temporarily allowed.

“Anything that is DELETE per our Hate Speech policies, but is intended to raise awareness for Pride/LGBTQ” was to be allowed, the post stated, specifying that “this may occur especially in terms of attacking straight white males.”

It gave an example: “Straight white males are filth for not fighting more on behalf of LGBTQ.”

A person identified as team lead for Facebook content review at Accenture, another company contracted by Facebook, was caught on hidden camera saying that he previously “spent quite a bit of time looking at pictures of hate organizations, Hitler, Nazis, MAGA, you know, Proud Boys, all that stuff, all day long.”

“That’s kind of how the moderators are conditioned to think, like, ‘Hey, anything that’s right-wing, hey it could possibly be on the hate list,’” Hartwig said, adding that “there’s no left-leaning individuals on that list.”

The list he referred to is called “Dangerous Individuals and Organizations.” It includes terrorists and terrorist organizations, some neo-Nazi figures, and even former German Nazi officials.

Another former Facebook moderator at Cognizant, Zach McElroy, told The Epoch Times that Facebook allows violent threats and even death threats against people on the list.

Facebook has a rule against death threats, which are also illegal. But around July 2019, Facebook updated its content policy to add an exception to allow “threats that could lead to death (and other forms of high-severity violence)” against people and groups on the “Dangerous Individuals and Organizations” list.

After some public backlash, around July 9–10, 2019, Facebook quietly removed the exception from the publicly available version of its policy. But this change was never communicated to Facebook’s content moderators, and, in practice, the exception remained in place, according to McElroy.

He couldn’t say if the policy has changed, since he was laid off in February.

McElroy confirmed that he didn’t see any left-wing or even far-left figures or groups on the list.

McElroy’s story was first released by Veritas in a June 23 video.

Moreover, he and several Veritas undercover reporters secretly recorded a number of Facebook moderators talking about political bias in content policing, either their own or that they observed in others.

That aligns with previous criticism of Facebook’s content policy, which is concentrated around things like hate speech, a concept much more widely recognized on the political left.

Several moderators were recorded as saying that they were removing any content that came their way that was conservative or supporting President Donald Trump, regardless of whether it violated Facebook policy or not.

McElroy noted that part of the reason the moderators at his office were breaking the policy and openly talking about it was that they learned in November 2019 that they were all to be laid off. His perception was that at least some of the moderators were likely doing it already before they learned about the layoff.

“With regards to a question related to Project Veritas report. First off is that our reviewers work hard to keep our tack on space for end-users every day, the reviewers’ decisions are regularly evaluated, ensure our policies are applied fairly and accurately, not promote any political viewpoint of any stripe and the comments included in this video are not consistent with our policies,” she said, according to a transcription obtained by Project Veritas and emailed to The Epoch Times.

Update: The article has been updated with a statement from Facebook spokeswoman.