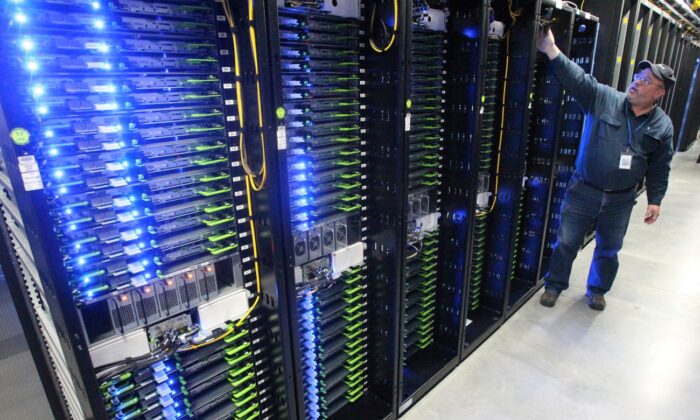 Chuck Goolsbee, site director for Facebook's Prineville data centers, shows the computer servers that store users' photos and other data at the Facebook site in Prineville, Ore., on Oct. 15, 2013. (Andy Tullis/The Bulletin via AP)
By The Associated Press