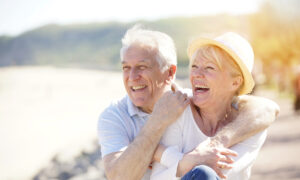 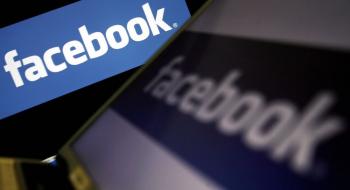 Web 2.0 phenomenon Facebook Inc. has graduated from its startup stage as the company announced on Wednesday that it is making a profit after five years in existence.

In a blog posting, company CEO Mark Zuckerberg wrote that Facebook has been “cash flow positive” since last quarter, well ahead of the company’s targeted date of “sometime in 2010.”

News of Facebook being cash flow positive is good both for users and its investors. The company is generating enough cash to cover operating expenses and other capital needs. One of the ways Facebook is saving money is its low headcount. Zuckerberg pointed out that the company has only one engineer per one million users, a somewhat high ratio among its peers in the industry.

It also validates the company’s current business plan, which has been criticized as unsophisticated by many analysts. While Facebook counts millions of users, it still has trouble turning those users into hard cash.

But Facebook isn’t done yet. “Because we want to make it as easy and fast as possible for the world to connect, one of the things we think a lot about is how to make Facebook perform even faster and more efficiently as we grow,” Zuckerberg said. “We face a lot of fun and important challenges that require rethinking the current systems for enabling information flow across the Web.”

The goal is to make the Web site “sustainable,” he said.

To do that, the company is attempting to solidify its advertising and revenue-making strategy. Facebook currently generates revenues from display ads, virtual gifts, and other partnered promotions that rely on volume. According to Advertising Age, “Indeed while Facebook pages and groups are popular among brands, Facebook itself is still figuring out the right ad model for social networking, beyond low-cost display ads.”

Facebook’s humble beginnings and exponential growth should serve as inspiration for any aspiring entrepreneur in today’s economy.

Zuckerberg founded Facebook in 2004 in his college dorm room when he was a student at Harvard University in Cambridge, Mass. Initially, the project was aimed at connecting Harvard students, but eventually expanded to the entire Ivy League, Stanford University, and other universities in the United States.

For years, the service was limited to college students, but was recently opened up to anyone 13 years of age or older around the world. It has also been a hit among non Generation Y users.

There’s debate among market researchers as to whether Facebook or News Corp.’s Myspace.com is the most popular social networking platform. But that debate should end quickly if Facebook continues to expand at its current pace.

Facebook’s popularity is undeniable, but profitability has been hard to come by for the nascent Internet company. It depended mostly on funds from outside investors, who nevertheless saw the immense potential of Facebook.

In October 2007, Microsoft Corp. became the first established corporate player to buy shares in Facebook with a $240 million investment, valuing the company at a staggering $15 billion. A month later, Hong Kong billionaire Li Ka-Shing solidified its worth by investing another $60 million in the company.

In May 2009, Zuckerberg said on his blog that the company is still “a few years out” from filing an IPO.

Some analysts question the high valuation for such a new company with nary an earnings history, but so far it has enough cash cushion from corporate, private, and venture capital investors to keep going for years, regardless of profitability.