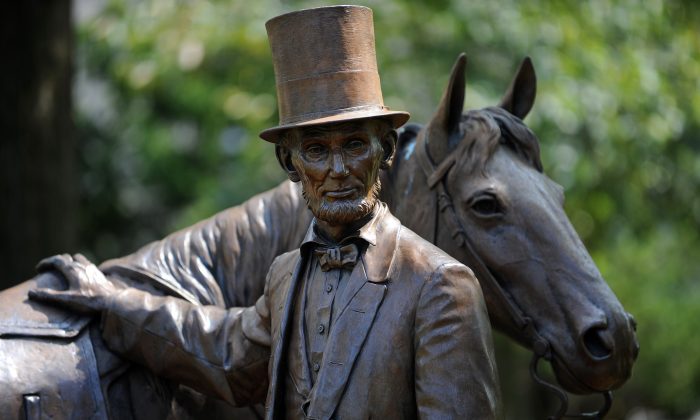 A life size statue of President Abraham Lincoln in front of the entrance to his summer retreat where he lived during a quarter of his presidency and commuted to the White House on horse back, on the property of the Armed Forces Retirement Home in Washington, D.C., on Aug. 12, 2010. (Tim Sloan/AFP/Getty Images) 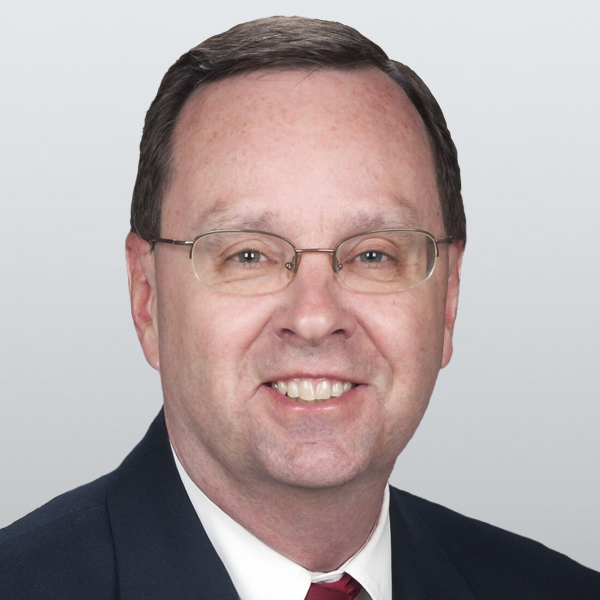 The marketing team created and submitted ads to a handful of platforms. Right away, to our surprise, we hit a roadblock at Facebook, which sent a message saying: “Rejected—This ad doesn’t comply with our Advertising Policies.”

Puzzled, we began jumping through hoops to fix the situation. We appealed the decision but got another rejection: “Following another review, this ad won’t run.”

According to Facebook, the “Old Abe” ads violate a ban on advertising about “social issues, elections, or politics.” Facebook started the ban shortly before the 2020 presidential election and has left it in place for the time being.

Our appeals exhausted, we threw in the towel. Facebook was determined to cancel Lincoln—at least in this case.

This is absurd. There is nothing controversial about this novel. It tells the story of the last few years of Lincoln’s life, following him through his presidency and the Civil War. It has nothing to do with the 2020 election or other recent events. The only thing political about it is 19th century politics, for goodness sake.

Maybe a Facebook ad checker thinks Lincoln isn’t woke enough. In some quarters, he has been under attack lately. For example, an advisory committee in San Francisco recently recommended stripping Lincoln’s name from a local high school, and the University of Wisconsin-Madison student government voted to remove the school’s beloved Lincoln statue.

The ads we submitted contain three quotes by former Vice President Mike Pence (“Best Lincoln book I’ve ever read”), former Secretary of Education Bill Bennett (“This book makes you love Lincoln”) and The Civil War Monitor magazine (“Will appeal to generations of readers”). Maybe someone saw the name Pence or Bennett and hit the reject button.

Perhaps one of Big Tech’s infamous algorithms got us. Or perhaps someone was simply being overly cautious about applying a standard.

We’ll probably never know why our Lincoln ads were rejected, which is part of the absurdity.

But it’s more than just absurd. It’s dangerous. It’s dangerous because it is part of a larger trend toward the control of discourse and the spread of historical ignorance.

We now live in a world where all-powerful tech companies do practically whatever they want to influence public opinion. Sometimes their actions seem partisan and self-serving, and sometimes arbitrary. Facebook, in effect, censored our ads without knowing the content of the book.

America has long been the world’s greatest marketplace for the free exchange of ideas and information. Facebook was founded to connect people and help them communicate, and in many ways it does that well. But now it has entered the business of blocking communication it does not like, sometimes for vague reasons.

In this instance, Facebook, intentionally or not, is taking part in a decline of Americans’ sense of history. A publisher is being told: No, you cannot promote a book about one of America’s greatest heroes, the author of the Gettysburg Address and Emancipation Proclamation, a man who gave his life for this country so it would not collapse. Facebook does this in a time when statues of not only Lincoln but Jefferson, Washington, and other American icons are being pulled down or defaced.

To be clear, we are not dependent on Facebook to reach a market for this book. We can advertise on other platforms. But a heavy-handed decision like this, cloaked in cyberspace, is the kind of collateral damage caused when elite institutions try to control political discourse.

President Biden took office last week urging unity in divided times. Good luck with that if our country is at a place where advertising a novel about Abraham Lincoln—the man generations have revered as “the Great Unifier”—is somehow problematic.

In his first inaugural address, Lincoln spoke to his fellow Americans about the “mystic chords of memory” that connect us to this country’s great history and “swell the chorus of the Union.”

I wrote “Old Abe” because Lincoln’s story is one of those mystic chords. It is important that we know his story because he stands, in many ways, center stage in our great American story.

In this case, Facebook has diminished the chorus of our Union.

John Cribb is a best-selling author who has written about subjects ranging from history to education. During the Reagan administration, he served at the Department of Justice, National Endowment for the Humanities, and the Department of Education. From RealClearWire.

John Cribb
John Cribb is a best-selling author who has written about subjects ranging from history to education. During the Reagan administration, he served at the Department of Justice, National Endowment for the Humanities, and the Department of Education.