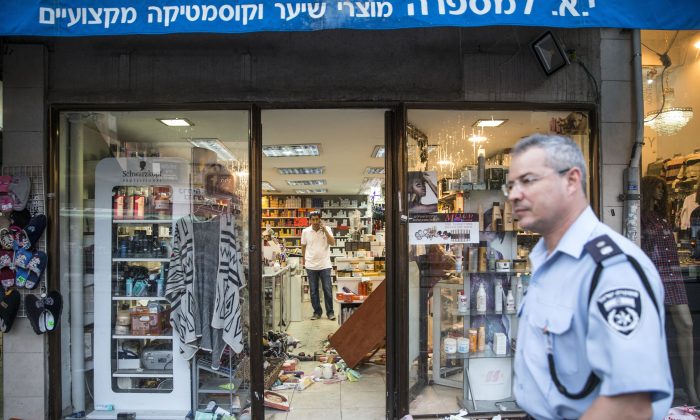 There are 76 pages of names, 20,000 in all. Page after page, the names go on, joined in the common cause of forcing one of the most influential social media sites in the world to take a proactive role in stemming the tide of terrorism.

The names are part of a class-action lawsuit against Facebook and the company’s CEO Mark Zuckerberg following a recent tide of startlingly violent attacks in Israel and the West Bank in October. The suit alleges that Facebook was complicit in the attacks, which included stabbings with knives and screwdrivers, axe attacks, the use of Molotov cocktails, shootings, and cars plowing pedestrians down.

Facebook has also been singled out at the highest echelons of the Israeli government. On Oct. 19 Israeli Prime Minister Benjamin Netanyahu said Facebook was being used as a major tool in exacting violent acts of terrorism against Israelis. In a meeting with his political party that was recorded and broadcast, Netanyahu described it as “the integration between extremist Islam with the Internet; Osama Bin Laden meets Mark Zuckerberg.”

Filed on behalf of 20,000 Israeli citizens, some of whom are also U.S. citizens, the lawsuit alleges that Facebook has intentionally disregarded “widespread incitement and calls for murders of Jews being posted on its Web pages by Palestinians.”

“Facebook’s refusal to remove the flood of extremist videos, statements, and cartoons being posted by Palestinians is encouraging imminent violence and fanning the flames of the terrorist attacks that have overwhelmed Israel in the past month,” the complaint states.

Facebook did not respond to a request for comment on the case. The company’s financial wealth is massive; Zuckerberg is worth $45 billion, according to Forbes. That doesn’t faze those who have filed the suit.

“This is not the first time we’ve taken a giant before,” said attorney Nitsana Darshan-Lerner of the Israel Law Center, one of the lead attorneys in the suit. “We’ve been litigating against international banks.”

In February 2015, Darshan-Lerner and the center were awarded $655 million in damages on behalf of the plaintiffs in a landmark case holding the Palestinian Authority, the internationally recognized governing body of the Palestinian people, liable for terror attacks. That suit was filed under the Anti-Terrorism Act, legislation that allows Americans to take legal action against U.S.-designated terrorist organizations such as Hamas. The Facebook lawsuit, which includes American-Israelis among its plaintiffs, has invoked the same act in its case.

According to Darshan-Lerner, the suit is not seeking monetary damages, rather an injunction against Facebook requiring it to self-monitor and block all racist incitement and calls for violence against Jews in Israel. Speaking by phone from Israel last week, Darshan-Lerner said that the company argues that they don’t get involved in content.

Yet questionable content such as pornography is taken down almost immediately.

“Facebook and other networks are going to have to change the way they are monitoring incitement and consenting to take down posts and block users,” she said.

Facebook already uses sophisticated algorithms in conducting business with regard to personalized ads. They also monitor user activity in order to do things like connect people with potential friends. The lawsuit claims that Facebook is able to monitor and block postings by extremists and terrorists who incite violence in the same way it restricts pornography.

“Just as Facebook knows what websites you visit, what type of coffee you drink, where you vacation, and who are your friends, it knows who the inciters and terrorists using its service are,” said Darshan-Lerner.

The suit also claims that it is precisely this sophisticated involvement in users’ pages that doesn’t afford Facebook the protection of the Communications Decency Act, which would typically protect platforms for third-party postings from lawsuits.

Facebook has until Nov. 25 to respond, but it has already made some notable changes, though it’s difficult to determine if those are directly related to the lawsuit.

On Oct. 21, just days before the case was filed, Facebook removed a large number of pages related to Hamas in the West Bank. Hamas, which governs Gaza and regularly incites and commits violent acts against people in Israel, has been designated by the U.S. government as a foreign terrorist organization since 1997.

Hamas confirmed on its official website a detailed list of the pages and groups that have been shut down by Facebook as of Oct. 21. Individuals managing such pages have also had their individual accounts shut down.