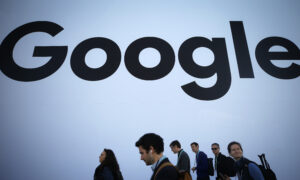 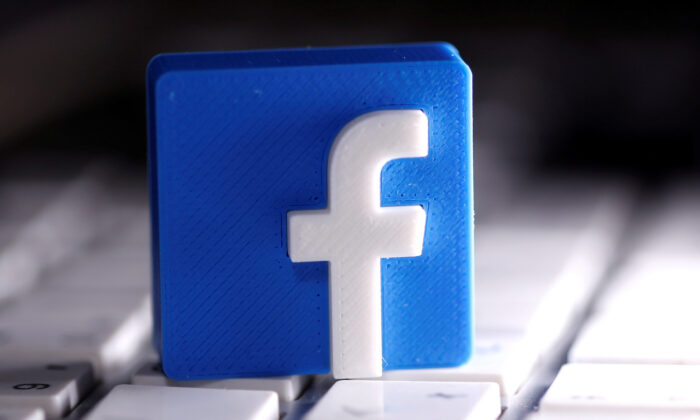 A 3D-printed Facebook logo is seen placed on a keyboard in this illustration taken on March 25, 2020. (Dado Ruvic/Illustration/Global Business Week Ahead/via Reuters)
2020 Election

Facebook on Thursday banned a large group called “Stop the Steal,” claiming its members made calls for violence and sought to delegitimize the election process, while the group’s founder called the ban excessive and defended the group as giving “a voice to Americans who are concerned about the vote counting process.”

The group amassed around 365,000 members before Facebook took it down, with the company claiming the group’s online activity was having a worrying impact on real-world outcomes.

“In line with the exceptional measures that we are taking during this period of heightened tension, we have removed the Group ‘Stop the Steal,’ which was creating real-world events,” Facebook said in a statement. “The group was organized around the delegitimization of the election process, and we saw worrying calls for violence from some members of the group.”

Inside the group, members posted claims of voter fraud and organized related protests. Calls for violence were not immediately apparent, although the Center for Countering Digital Hate shared a screenshot of one post in the now-banned group that read, “Neither side is going to concede. Time to clean the guns, time to hit the streets.”

Kylie Jane Kremer, Executive Director of Women for America First and founder of “Stop the Steal,” told The Epoch Times in a statement that group moderators “did everything we could” to ensure members abided by Facebook’s terms of service and characterized the ban as excessive.

“Facebook could have flagged or deleted comments that they believed violated their terms of service or they could have notified us. Instead, they chose to simply shut down the entire group,” she said.

“It is absolutely beyond the pale that Facebook would selectively choose to shut down our group,” Kremer said, alleging unfair treatment at the hands of Facebook.

“Is this the same standard they are applying to left wing groups? Why isn’t Facebook de-platforming groups like Shut Down DC which are currently claiming the GOP is trying to ‘steal’ the election? The answer is obvious—they are selectively enforcing their new rules to silence conservatives,” she said.

Imran Ahmed, CEO of the Center for Countering Digital Hate, which pressured Facebook to take down the group, praised the ban as a way of discouraging other groups, with similar objectives, from organizing.

“By taking out the largest one, it sent a message to others,” he said, adding, “There is a systemic issue with Facebook groups being exploited by people spreading misinformation, hate, and inciting violence.”

By Thursday afternoon, Facebook had also banned the #stopthesteal hashtag. The term and similar ones were mentioned nearly 120,000 times on websites and social media platforms throughout the day Tuesday, according to analysis from media intelligence firm Zignal Labs. The social media giant has also deployed other measures to restrict the spread of information it deems false and potentially dangerous following the election, with the Wall Street Journal reporting measures like limiting distribution of Facebook Live video relating to the election and demoting content.

It comes amid growing post-election controversy, with President Donald Trump’s campaign mounting legal challenges as vote counts continue and the president claimed fraud and accused Democrats of trying to steal the election.

Speaking in the White House briefing room Thursday, the president said, “We think there’ll be a lot of litigation because we can’t have an election stolen like this.”

Democrat challenger Joe Biden posted on Twitter, “No one is going to take our democracy away from us. Not now, not ever,” with his comment coming after Trump’s claims of election fraud. Biden, too, has launched a legal initiative to take the battle over votes to court, saying, “Trump is going to court to stop votes from being counted. We have assembled the largest election protection effort in history to fight back.”

Earlier Thursday, a Biden campaign lawyer called the lawsuits meritless, claiming their purpose “is to create an opportunity for them to message falsely about what’s taking place in the electoral process.”