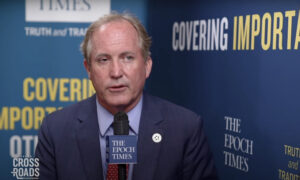 Facebook’s lawyers asserted the case failed to state a claim and “utterly ignores the reality of the dynamic, intensely competitive high-tech industry in which Facebook operates.”

The commission and 46 states in their lawsuits against Facebook claimed the California-based company was illegally maintaining its personal social networking monopoly through a years-long course of anticompetitive conduct.

The suit alleged Facebook “has engaged in a systematic strategy—including its 2012 acquisition of up-and-coming rival Instagram, its 2014 acquisition of the mobile messaging app WhatsApp, and the imposition of anticompetitive conditions on software developers—to eliminate threats to its monopoly.”

Plaintiffs asked the court to issue a permanent injunction that could require divestitures of assets, including Instagram and WhatsApp, and require Facebook to seek prior notice and approval for future mergers and acquisitions.

But Facebook said the suits ignored the “relentlessly competitive business that provides Facebook with substantially all of its revenues (advertising)” and did not plausibly allege monopoly power, especially because Facebook is free to use.

“Moreover, none of the challenged conduct is plausibly alleged to have harmed competition and consumers in any measurable way,” lawyers wrote.

Facebook filed on the last possible day. U.S. District Judge James Boasberg, an Obama nominee who is overseeing both cases, also set a response deadline of April 7 for the FTC and states.

Attorneys general, agencies, and lawmakers are increasingly eying Big Tech companies in a bid to curtail their growing power, with lawsuits one method of trying to stem their influence and reach.

A group of states and the Department of Justice in October 2020 filed an antitrust suit against Google, alleging it engaged in illegal conduct that has allowed it to “dominate the search industry.”

Facebook had issued a statement shortly after the suits were filed, saying the FTC reviewed its Instagram acquisition before voting to clear it and accused the commission of wanting “a do-over.”

“No American antitrust enforcer has ever brought a case like this before, and for good reason,” Jennifer Newstead, Facebook’s general counsel, said at the time.

Responding to Facebook’s new filing, New York Attorney General Letitia James said in a statement that “Facebook is wrong on the law and wrong on our complaint.”

“We are confident in our case, which is why almost every state in this nation has joined our bipartisan lawsuit to end Facebook’s illegal conduct,” said James, one of the attorneys general who joined in the suits.