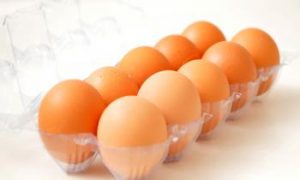 By Helena Zhu
Print
If your personal information is shared with everyone on Facebook, you are likely part of an online downloadable file available via a torrent, containing the details of about 100 million users who use the social networking site.

The file was collected and compiled by security consultant Ron Bowes, who wanted to highlight the simplicity in obtaining all the information from Facebook users who have not made their profiles private.

He used a piece of code to scan Facebook profiles and gathered data that was not hidden by privacy settings.

The list, which contains the URL, name, and other information from users, has been shared as a downloadable file on the torrent aggregate site The Pirate Bay, uploaded by a user with the moniker "phatwarez" on Wednesday.

A Pirate Bay user with the name "xenu678" posted in the comments section of the torrent, asking, "Do you have facebook? Or does facebook have you?"

Facebook wrote in a statement to BBC that no information has been compromised. Only those that shared their information became part of the list.

"People who use Facebook own their information and have the right to share only what they want, with whom they want, and when they want," the statement read.

"In this case, information that people have agreed to make public was collected by a single researcher and already exists in Google, Bing, other search engines, as well as on Facebook.”

Since the company was created in 2004, Facebook now has more than 500 million active users, according to the company.