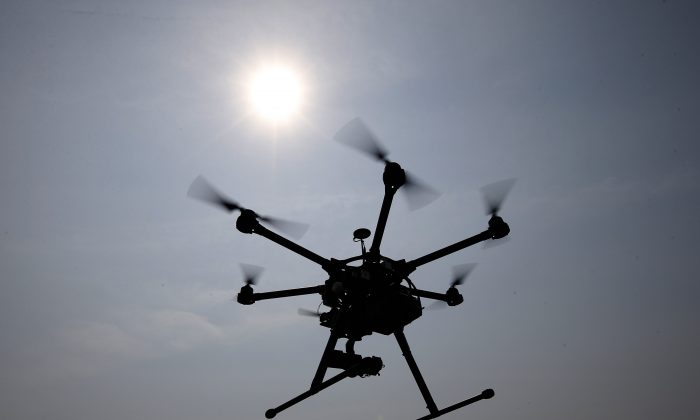 WASHINGTON — Pilot reports of drone sightings so far this year are more than double last year, government regulators say, raising concern about the potential for a deadly collision.

There have been more than 650 reports this year by pilots of drones flying near manned aircraft, the Federal Aviation Administration said in a statement Thursday. There were 238 unmanned aircraft sightings in all of 2014.

The reports come from pilots of a variety of aircraft, including many large airliners. The concern is that if a drone collides with an aircraft engine, it could disable the engine much like birds do sometimes when they get chewed up by engines. Also, a high speed collision with a drone might damage the surface of a plane, changing the airflows in a way that makes the plane difficult to maneuver.

Why the Government Is Worried About Potential for Drone Terrorism
In the Age of Drones, Who Owns the Sky?

Earlier this week, crews on four commercial flights spotted a drone while preparing to land at Newark Liberty International Airport in New Jersey. None of the pilots were required to make evasive maneuvers as a result of the sightings. The planes were between 2,000 and 3,000 feet in the air and eight to 13 miles away from the airport.

The FAA generally restricts drone flights to beneath 400 feet and at least 3 miles from an airport.

Flying a drone “anywhere near” an airplane can bring criminal charges and fines up to $25,000, according to the FAA.

Firefighters battling wildfires in the West have been forced to ground their operations on several occasions after drones were spotted.

Suspected drones interfered with aircraft fighting at least 13 wildfires so far this year, up from four fires last year and only scattered incidents before, according to the U.S. Forest Service. Last month, crews were grounded for 20 minutes as flames spread in a wildfire that closed Interstate 15 in Southern California and destroyed numerous vehicles after five drones were sighted.

The FAA said it is working closely with law enforcement to identify and investigate unauthorized drone operations. The agency has levied civil penalties for several unauthorized flights around the country, and has dozens of open enforcement cases.

“The FAA encourages the public to report unauthorized drone operations to local law enforcement and to help discourage this dangerous, illegal activity,” the statement said.

Hobbyists are allowed to fly small drones, which are hardly different from model aircraft, for non-commercial purposes as long as they abide by a few rules, including keeping the aircraft within the line of sight of the operator at all times.

The FAA and the Academy of Model Aeronautics, an association for hobbyists, as well as other organizations representing the drone industry, have a publicity campaign called “Know Before You Fly” to educate drone operators on the rules.

The FAA recently passed a milestone of 1,000 permits granted to businesses to fly drones for aerial photography, to monitor pipelines and electrical transmission towers, and to inspect smokestacks, crops and the undersides of bridges, among other uses.

Congress has directed the FAA to develop rules that allow drones widespread access to U.S. skies while maintaining safety. The agency proposed rules for small drones earlier this year, and officials are optimistic they may be able to issue final rules before the end of the year.

Brian Wynee, president of the Association of Unmanned Vehicle Systems International, said “the proliferation of irresponsible (drone) flights” underscores the need for the FAA to finalize rules “and more aggressively enforce existing regulations.”

But pilot and other unions have urged the agency not to move too quickly to expand drone flights.

“While there hasn’t been a serious injury in any reported drone incident, there is little doubt that we should not open the skies to widespread commercial and recreational drone use — oh, and whatever those drones were doing hovering over brush fires — until we understand the challenge and fully implement enforceable safety rules,” Ed Wytkind, head of the AFL-CIO’s Transportation Trades Department, said in a recent statement.