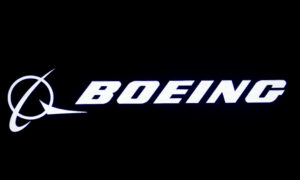 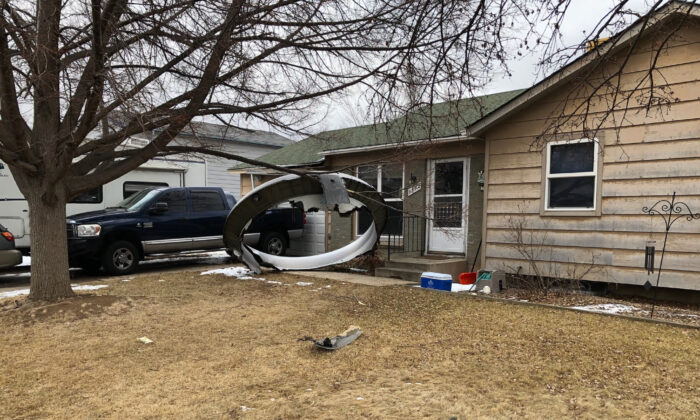 Debris is scattered in the front yard of a house at near 13th and Elmwood, in Broomfield, Colo., on Feb. 20, 2021. (Broomfield Police Department via AP)
US News

The Federal Aviation Administration (FAA) said Sunday it is issuing an emergency directive after the failure of a Boeing 777 engine near Denver, requiring immediate inspections of similar planes.

The agency’s director Steve Dickson, in a Sunday night statement, wrote that he directed an “Emergency Airworthiness Directive that would require immediate or stepped-up inspections of Boeing 777 airplanes equipped with certain” types of engines.

It means that some airplanes will likely be removed from service amid the inspections, he said.

“We reviewed all available safety data following yesterday’s incident,” he said. “Based on the initial information, we concluded that the inspection interval should be stepped up for the hollow fan blades that are unique to this model of engine,” adding that they’re used only for this type of Boeing plane.

The FAA is working with other civil aviation authorities, while inspectors are meeting with Pratt & Whitney—the manufacturer of the engines—and Boeing “to finalize details of the Airworthiness Directive” to make sure all such airplanes are in working order.

Debris from a United Airlines Boeing 777-200 passenger plane fell onto a suburb in Denver, Colorado, after the plane’s engine failed after takeoff, officials said.

United on Sunday said in a statement that it will immediately ground its fleet of 24 Boeing 777 planes after the FAA’s directive and will hold discussions with the FAA “to determine any additional steps that are needed to ensure these aircraft meet our rigorous safety standards and can return to service.”

There were no reports of injuries, either on the plane or the ground. Images posted by police in Broomfield, Colorado, showed significant plane debris on the ground, including an engine cowling scattered outside a home and what appeared to be other parts in a field.

Police tape was used to cordon off the debris. One video taken from what appeared to be inside the United plane showed an engine on fire. Another video on social media showed a cloud of black smoke being left by a plane.

“Something blew up,” a man on the video can be heard saying.