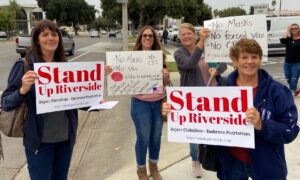 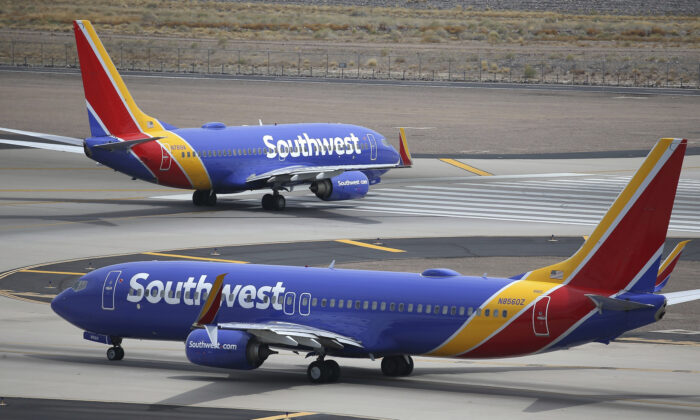 The Federal Aviation Administration (FAA) announced the numerous flight cancellations at Southwest Airlines and other airlines over the weekend were not related to vaccine mandates.

“To be clear: None of the information from Southwest, its pilots union, or the FAA indicates that this weekend’s cancellations were related to vaccine mandates,” the FAA said early Tuesday morning.

To be clear: None of the information from Southwest, its pilots union, or the FAA indicates that this weekend’s cancellations were related to vaccine mandates. https://t.co/G1fLODSIDS

Southwest Airlines canceled more than 1,800 flights nationwide over the weekend. The airline announced employees must be vaccinated by Dec. 8. Some pilots had asked a court to block the mandate prior to the cancellations, leading many to speculate there was a connection.

“ATC issues and disruptive weather have resulted in a high volume of cancellations throughout the weekend while we work to recover our operation. We appreciate your patience as we accommodate affected Customers, and Customer Service wait times are longer than usual,” the airline said in a Twitter post on Saturday.

On Tuesday, Southwest Airlines released an updated statement regarding the weekend’s cancellations.

“As we complete efforts to stabilize our network, Southwest expects a more normal operation on Tuesday with approximately 90 system-wide cancellations out of the airline’s almost 3,300 flights scheduled for the day,” the statement noted.

“The Southwest Team appreciates the patience of Customers, and we extend our gratitude to our Employees who have worked tirelessly to stabilize our operation,” it added.

The events also occurred as Texas Gov. Greg Abbott, where Southwest Airlines is located, issued an executive order on Monday against enforcing vaccine mandates in the state.

The order declared “no entity” in Texas can require proof of a COVID-19 vaccination by any individual, including an employee or consumer.

“The COVID-19 vaccine is safe, effective, and our best defense against the virus, but should remain voluntary and never forced,” Abbott said in a press release.

The governor also announced plans for a special session of state lawmakers to vote on a similar law.

Texas is not the only state to issue such an order. Florida has already opposed vaccine mandates, while other GOP-led states are considering similar executive orders or legislation.