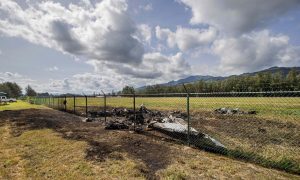 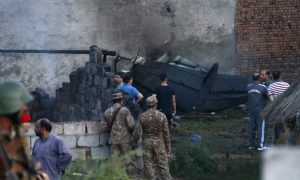 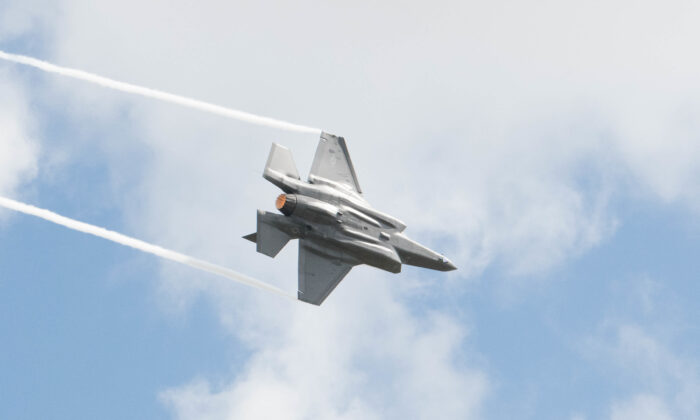 An F-35 demonstration flight at the Wings Over Houston Airshow in Houston, Texas, on Oct. 20, 2019. (U.S. Air Force photo by Senior Airman James Kennedy)
US News

A Marine F-35B aircraft has crashed near the Naval Air Facility El Centro in California following a mid-air collision, said officials on Tuesday.

“It was reported that an F-35B made contact with a KC-130J during an air-to-air refueling evolution, resulting in the crash of the F-35B. The pilot of the F-35B ejected successfully and is currently being treated,” Marine Corps spokesman Capt. Joseph Butterfield told USNI News.

He added: “The KC-130J is on deck in the vicinity of Thermal Airport. All crew members of the KC-130J have been reported safe.”

The pilot’s identity was not revealed. The nature of the pilot’s injuries is not clear.

The KC-130J, a refueling tanker, landed near a field, according to photos published on social media Tuesday.

The incident is currently under investigation, the Marines told ABC News.

The KC-130 was carrying at least eight passengers, according to a report from Fox News.

“The official cause of the crash is currently under investigation,” a military spokesperson told the outlet. “Updates will be provided as information becomes available.”

In 2018, an F-35 fighter plane went down near Marine Corps Air Station Beaufort in South Carolina. A year later, a Japanese F-35 crashed off the Japanese coast.