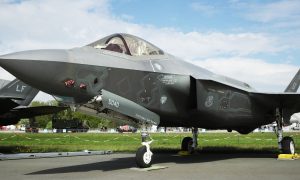 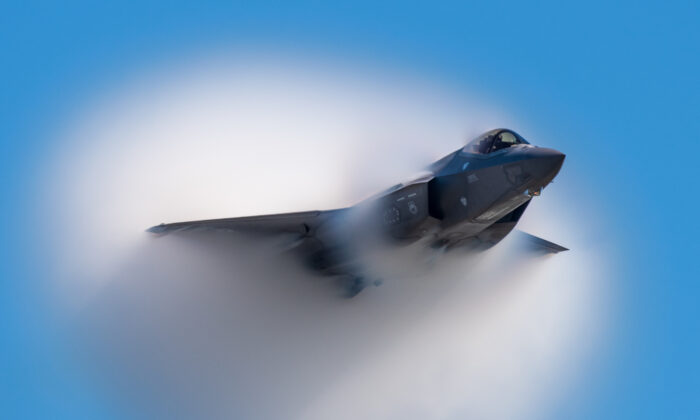 The flagship F-35 stealth fighter is continuing to lag behind expectations, Pentagon officials have acknowledged, but won’t be affected by Turkey being cut out of a $428 billion international program and the supply chain.

Developed as a joint forces program, the F-35 was envisioned as the next-generation backbone of fighter fleets of the navy, air force, and marine corps, with an efficient single-engine and universal design aimed at cutting production and running costs.

The F-35 drew in various international partners, including Turkey, which was expected to buy 100 F-35As and was the sole supplier for some parts.

The United States kicked Turkey out of the program after it purchased Russia’s state-of-the-art A-400 air-defense missile system this summer—just over a year after the first F-35 was used in a combat mission.

But despite over 1,005 components single or dual-sourced into Turkey, there is no risk to the F-35, program executive Lt. Gen. Eric Flick assured lawmakers, saying that the manufacturers had made “spectacular progress,” with only a dozen parts still unsourced.

“We began just over a year ago, very quietly but deliberately, taking actions to find alternate sources for all of those parts,” said Flick.

Late, and over budget, the next-generation aircraft is performing well in tests and 458 are already fielded—with all but two final metrics to pass—but is struggling with maintenance, parts, sustainability costs, and software problems.

“Let there be no doubt—the program is trying to dig itself out of a big hole,” Diana Maurer, the Director of Defense Capabilities and Management at the Government Accountability Office told a House joint subcommittee hearing on Wednesday.

“Many important plans, agreements, and details on how to supply and maintain the F-35 were not worked out before the marines, air force, navy, and international partners began using the aircraft.”

The F-35 is regarded by many as the most advanced fighter jet in service—and one of only three so-called “5th generation” fighters in the world.

But the original simple vision of a jack of all trades morphed, with the program splitting into what many analysts say is really three different aircraft with very different technical requirements.

“We are not quite there yet, so we have, on the airframe side, 11 components we have to mitigate to be at full-rate production … and on the engines, there’s one: integrated bladed rotors, IBR’s.”

Tied up in Intellectual Property Dispute

The $428 billion price tag for the program has already raised eyebrows, but members of Congress are wary of the even larger estimated $1 trillion lifetime sustainment costs, especially with sustainment problems currently creating drag.

A report (pdf) published by the Government Accountability Service the same day as the hearing in Congress said that F-35s were unable to fly about 30 percent of the time due to a lack of spare parts—adding to overall fears of mounting running costs.

The report noted: “DOD has determined that it will need to significantly reduce F-35 sustainment costs—by 43 percent per aircraft, per year in the case of the Air Force—in order for the military services to operate the F-35 as planned.”

“Parts are breaking more often than expected,” Maurer said. “It’s taking twice as long as planned to fix then, and the necessary depot repair capability won’t be completed until 2024.”

But straightening out ALIS has been entangled in confusion and jostling over who owns intellectual property rights: the government or the contractors.

“One of the key elements of coming up with a new ALIS architecture, data standards, and all the other parts that would make a very good system is understanding the data set as it exists today—what all the algorithms are—and we are still in the process of going through that with Lockheed Martin,” Ellen Lord, the undersecretary of defense for acquisition and sustainment, told the joint House committee.

“But understanding where all the intellectual property is and making sure the government has access to what it has paid for is a key part of rearchitecting ALIS.”

Robert Behler, the Pentagon’s director of operational test and evaluation, told lawmakers that improvements in availability and mission capable rates were marred by the fact that the aircraft is “breaking more often than planned and taking longer to fix.”

In total, Lockheed Martin, partnered with engine makers Pratt & Whitney, is expected to make an estimated 4,600 F-35s over the entire life cycle. The first F-35 flew in 2006, but the aircraft has only recently entered service.

Lawmakers and analysts have noted that the contractors have had a relatively free hand. Readiness Subcommittee Chairman John Garamendi (D-Calif.) warned the representatives of the two contractors that Congress was pulling in the reigns.

“The contractors have had the long end of the lever, and the government has been on the short end,” he said. “That’s going to change because so far, this program has not worked well.”

“Be aware, gentlemen, be aware—we’ve got to solve these problems.”

“While we face challenges, there is no doubt the program is beginning to hit its stride.”