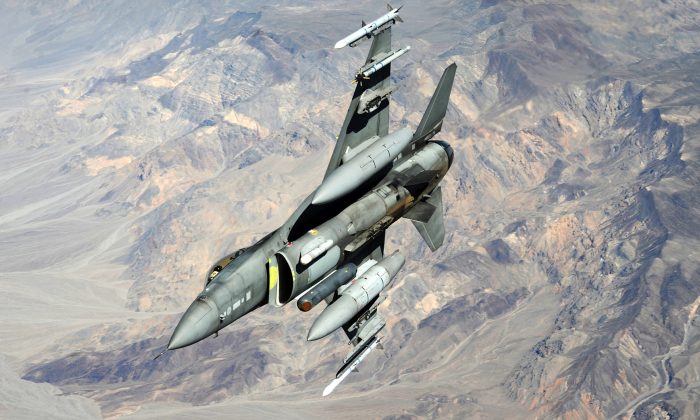 BAGDAD, Ariz.—An F-16 fighter jet from Luke Air Force Base near Phoenix crashed Thursday in a remote area of northwestern Arizona. There was no immediate information on pilot’s condition and a search and rescue operation was underway, officials said.

The crash occurred at about 8:45 a.m. in rugged terrain near Bagdad in Yavapai County, Luke officials said. The area is sparsely populated.

Base officials said the jet was assigned to the 56th Fighter Wing at Luke. Luke is a major pilot-training base for the Air Force and foreign military services.

Cause of the crash wasn’t known, and the wing’s commander established an interim safety board to conduct a preliminary investigation, Luke officials said.

Bagdad is about 85 miles northwest of the base located in suburban Glendale.

Several civilian agencies sent aircraft and personnel in response to word of the crash.

So did an instructor pilot and a student pilot in June 2013 after their two-seat F-16 hit several birds during takeoff from Luke. The jet crashed in a farm field.

An Air Force investigation report said the instructor pilot was at fault because he made a rapid climbing turn after the bird strike, robbing the plane of airspeed and the ability to recover and return to the base.