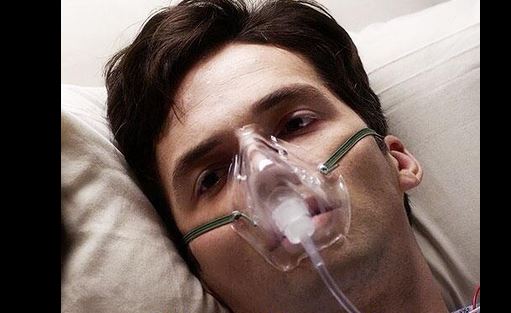 Ezra woke up on episode 1 of season 5 of Pretty Little Liars.

Fans were happy with him waking up.

“Really relieved that I was wrong about Ezra…but that episode was SOO intense,” said one.

“My heart literally just got torn into pieces,” said another.

The premiere started with Ezra being taken to the hospital via ambulance after being shot. Last season had ended with him being shot.

The shooter, “A,” actually followed him to the hospital.

The girls fear for Ezra’s life, so they call the police anonymously and then split up.

Back in the hospital, Ezra flatlines but survives. “A” tries to get at him to finish him off but runs into police officers and backs off–but stays in the hospital. “A” later splits to try to kill Alison–doesn’t succeed–while Ezra goes into surgery and then later wakes up.

He reveals to Aria that Shana shot him. Shana goes to a theater where the PLLs are but Aria arrives just in time and kills her.