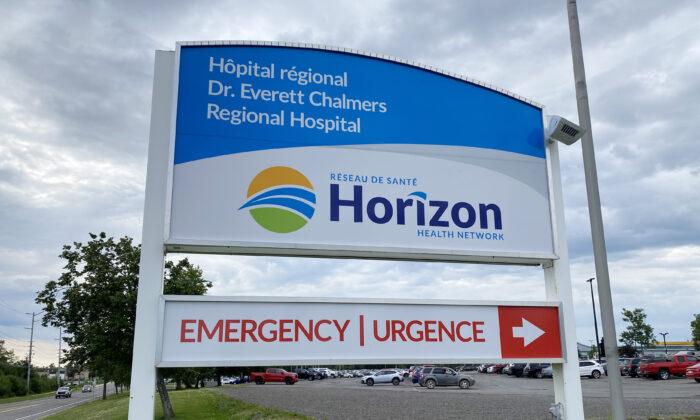 A man who witnessed the death of a patient in the waiting room of a Fredericton hospital’s emergency department this week says his province’s health-care system is “broken.”

John Staples, a residential support worker who witnessed the incident on July 11 around midnight, said on social media that the experience was a “stark and somber realization” that there is a need for major improvement to New Brunswick’s health care system.

Staples posted details of the scene on Facebook on July 12, which quickly went viral.

In an interview with The Canadian Press on July 13, Staples said he was at the Dr. Everett Chalmers Regional Hospital’s emergency room with a client when he saw a man who appeared to be in great discomfort as he waited for hours in a wheelchair and eventually appeared to fall asleep.

“The ER attendant came out to check on people and checked on him,” Staples said.

“She scurried back to the ER very professionally, not to raise any alarms and came back with a few other people. They wheeled him to the back and as they did, they called a Code Blue,” he added, referring to the hospital code for a cardiac or respiratory arrest.

“Unfortunately the gentleman passed away right there with us. He was literally at the threshold of getting medical attention and did not get it.”

Staples said he doesn’t fault the ER nurses and staff, saying they appeared stretched, but said something has to change in the province’s health care system.

Regional health authority Horizon Health Network has confirmed the death of an individual in the Fredericton hospital’s emergency department waiting room, and says an investigation is underway.

“Horizon thoroughly reviews any unexpected deaths that occur in our facilities to determine what took place and whether further action is required,” Dr. John Dornan, president of Horizon Health told CBC News.

“As it relates to this incident, we immediately started the review process. We would like to extend our deepest sympathies to this individual’s family and loved ones.”

The province’s health minister Dorothy Shephard also issued a statement, saying she is “deeply saddened and concerned” to learn about the passing of the patient.

“I want to offer my sympathies to the individual’s family and friends,” Shephard said in the emailed statement on July 14, adding that she has requested Dornan start a review “for a complete understanding” of the incident.

“We know the health care system is facing challenges and that frontline staff are working hard. I have no doubt that every New Brunswicker and all of our health care workers are affected by this story. We all want to know that when we go for help it will be there, and that it can be provided.”

“I anticipate receiving more information from Horizon officials in the coming days as the review progresses and the Department of Health offers our support to help in any way we can,” she added.