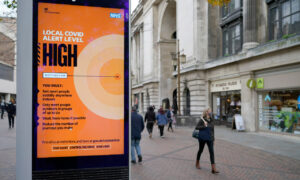 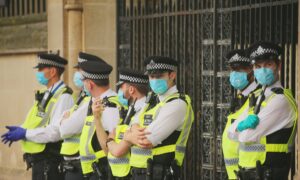 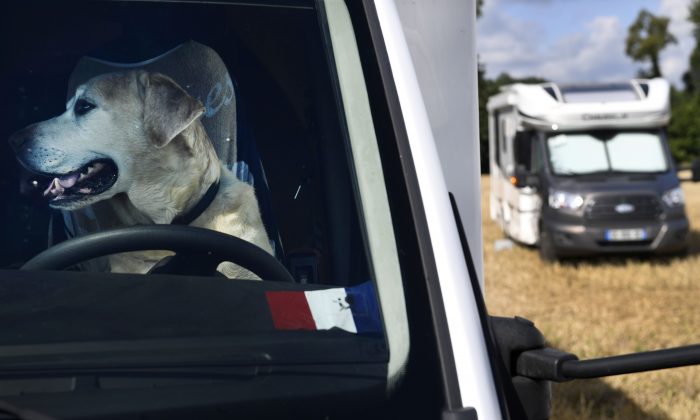 A dog is pictured inside a motorhome parked in a field in Malestroit, western France, on September 2, 2017. (FRED TANNEAU/AFP/Getty Images)
UK

An eye worm infection that can cause blindness may spread to the United Kingdom, veterinarians have warned.

The disease can infect dogs, cats, and humans and is spread through a species of fruit fly Phortica variegata that is found in the United Kingdom. The infection is not spread directly from an animal to a human.

The eye worm infection is called Thelazia callipaeda, also known as “the oriental eye worm”, with symptoms from mild conjunctivitis to severe corneal ulceration which can lead to blindness if left untreated.

The first known case of the eye worm infection in the United Kingdom was reported on July 2016 in a canine that had recently been imported from Romania. Vets found and diagnosed two more canines with the disease, both had recently traveled to mainland Europe with their owners.

According to the research done in the Veterinary Record, published in BMJ journals, the infection was diagnosed in a Fox Terrier that had traveled to a rural location close to Milan in Northern Italy, and in a White Terrier that had spent one month in Saint Avit Loisirs, France. Both dogs fully recovered after receiving treatment.

“We aren’t sure why the infection is spreading,” Dr. John Graham-Brown, who led the research, wrote in an email to Epoch Times. “But we do know that so far in Europe all cases have been a single haplotype (strain), so it is possible this particular strain is better adapted to survival and spread in this part of the world.”

The disease is endemic in Europe including France, Italy, Spain, Greece, Croatia, and Romania.

He said wildlife could have played the role of a “reservoir host” allowing the disease to spread quickly across Europe.

The United Kingdom government’s pet travel scheme, or the Pet Passport, has been effective in controlling diseases such as rabies and tapeworm, Dr Graham-Brown said. But he said that there are other infectious diseases like the eye worm that can be transmitted to travelling dogs and brought back to the United Kingdom.

Writing in the research paper, vets warned that the eye worm infection poses “a significant threat to the UK canine population.”

“In Europe the fly species is commonly found in areas of oak forest and possibly near fruit farms too,” stated Dr Graham-Brown.

“People should seek veterinary advice if they are travelling to/returning from mainland Europe and have any concerns,” he added.