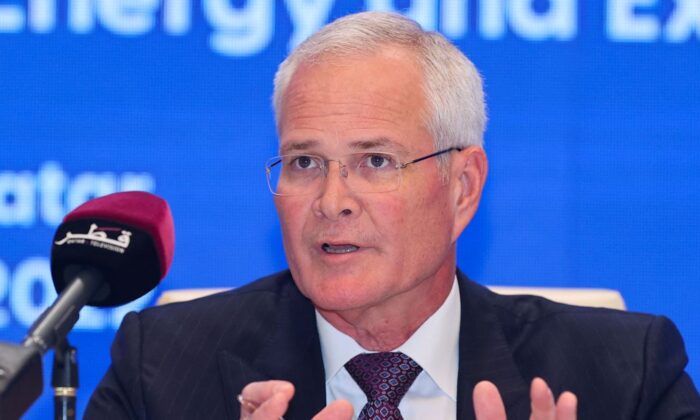 ExxonMobil CEO Darren Woods claimed that every passenger car in the United States and the world will be electric by the year 2040.

“With respect to electric vehicles, the first thing we did was to ask ‘what’s the relevance? How material is it to our business?’ And we did some work very early on and said, ‘Let’s just make the assumption that people begin to shift and that ultimately, every car in the world sold is electric,’ and ultimately, I think we got to about 2040 that every vehicle in the world is electric,” Woods told CNBC this week.

In 2021, about 9 percent of all passenger car sales were electric vehicles, including plug-in hybrid vehicles, according to market research company Canalys.

Woods appeared to be unfazed by the 2040 prediction, and claimed that the “change will not make or break this business or this industry, quite frankly.”

Earlier in June, ExxonMobil responded to President Joe Biden’s letter suggesting that he may take executive action to deal with gas prices and oil production while accusing oil companies of price-gouging.

“In the short term, the U.S. government could enact measures often used in emergencies following hurricanes or other supply disruptions—such as waivers of Jones Act provisions and some fuel specifications to increase supplies,” Exxon said in a news release on June 16.

It comes as AAA data show that gas prices across the United States remain elevated. Currently, the average price for a gallon of regular gas stands at around $4.88, representing a slight decline from last Tuesday’s average of $4.96 per gallon. Earlier in June, the average price reached $5 per gallon for the first time in history.

But prices for gas could likely increase if a significant hurricane or tropical storm hits the Gulf Coast, as a significant portion of the U.S. refinery capacity is located in that region. On Friday, an oil analyst suggested that gas prices could reach “apocalyptic” levels if a major hurricane strikes.

“I think for gasoline, we go back above five [dollars per gallon], and … apocalyptic numbers come into play with hurricanes,” Oil Price Information Service energy analysis global head Tom Kloza told Fox Business. “The thing that people have to watch … [what] is really insidious for inflation are the values for diesel and jet fuel. Stocks of those fuels are not building. They’re tight internationally, and that’s where … we’re going to have to pay the piper in the last hundred days of the year.”

He added: “I think a lot of refiners would like to see that, that would mean we’d be able to import stuff that doesn’t meet U.S. muster in the summer, and it’s a positive sign … unfortunately, positive signs between now and … the middle of August may be just overwhelmed if we have an active tropical season.”