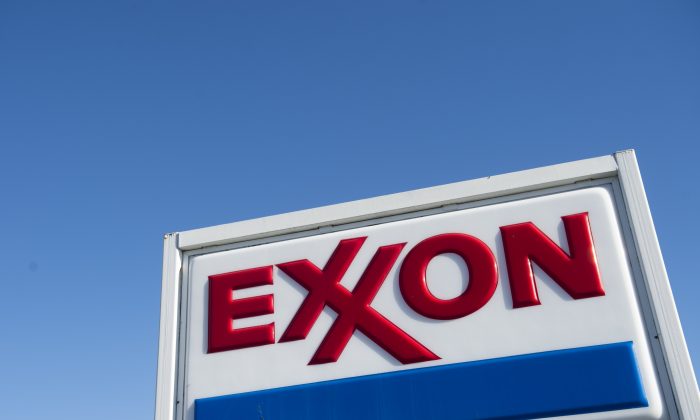 DALLAS—Motorists are saving billions on cheaper gasoline, but the long slump in oil prices is taking a heavy toll on companies that find and produce crude.

Exxon Mobil posted its smallest quarterly profit in more than 16 years Friday, while Chevron lost $725 million, its worst showing since 2002, and raised the number of jobs it expects to cut this year from 7,000 to 8,000. Other oil companies are expected to report weak earnings in the next few days.

Oil prices have tumbled from their 2014 highs of over $100 a barrel, bottoming out at under $30 in mid-February, because of a worldwide glut. Giant companies like Exxon and major petroleum-producing countries such as Saudi Arabia have continued to pump more from the ground despite the slide in prices.

Forecasters expect U.S. shale producers to cut production, however, which could ease the glut, and prices have been recovering over the past three months. Benchmark U.S. crude is trading at close to $46. Exxon and Chevron stock have gained ground.

“Investors are really focused on where things are heading, and that is higher oil prices,” said Brian Youngberg, an analyst with Edward Jones.

Youngberg said companies will aim to avoid the boom-and-bust cycle of the last few years by turning up output more slowly this time — and maybe not until prices are in the $50s. It might take two years or longer, he said, but eventually prices will be high enough to lead U.S. shale operators to boost production.

Exxon Mobil Corp., the world’s biggest publicly traded oil company, made a profit of $1.81 billion in the first quarter, down 63 percent from $4.94 billion a year ago. It was Exxon’s smallest quarterly profit since a $1.5 billion gain in the third quarter of 1999, according to FactSet figures.

The company lost money in its vaunted exploration and production business despite pumping slightly more oil and gas than a year ago. Profit fell by nearly half in its refining and marketing division. Only the smaller chemicals division made more money than last year.

Chevron Corp. recorded its second straight losing quarter. Its $725 million loss was a sharp contrast from the first quarter of last year, when it made $2.57 billion. Revenue plunged 32 percent to $23.55 billion.

Chevron CEO John Watson said the company is controlling spending, focusing more on shorter-term projects, and completing key projects under construction to boost revenue. Exxon, too, is cutting capital spending — by 33 percent in the first quarter, compared with a year ago.

This week Standard & Poor’s downgraded Exxon’s credit rating one notch, to AA+. Exxon had been one of just three U.S. corporations with the top rating of AAA, but S&P cited lower energy prices and Exxon’s continuing high dividend payouts. The next day, Exxon raised its dividend for the 34th straight year.

On a call with analysts Thursday, Jeff Woodbury, Exxon vice president of investor relations, appealed for patience, saying that energy demand is growing and that eventually the oversupply of oil will be worked off.

“We’re headed in the right direction,” he said. “In terms of how and when that will happen would be anybody’s guess.”

On the plus side, the Energy Department estimates that the average U.S. household saved $660 last year because of cheaper gasoline and will save another $350 this year.