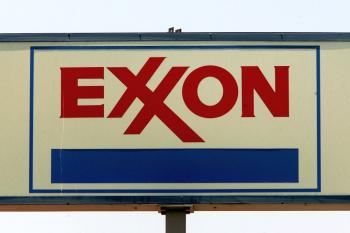 Heide B. Malhotra
View profile
Follow
biggersmaller
Print
WASHINGTON—Despite the economic downturn, oil giant Exxon Mobil Corp. is well positioned for a rebound of the oil and gas market by becoming a major player in the fast-growing natural gas industry.

“The agreement is good news for the United States economy and energy security, as it will enhance opportunities for job creation and investment in the production of America’s own clean-burning natural gas resources,” announced Rex W. Tillerson, chairman and chief executive officer at Exxon, in a recent statement.

The deal will cost Exxon roughly $30 billion in stock.

“Fossil fuels—oil, natural gas and coal—will continue to meet most of the world’s needs during this period because no other energy source can match their availability, versatility, affordability and scale,” according to Exxon’s new report “New Outlook for Energy: A View to 2030.”

“The fastest-growing of these fuels [fossil fuels] will be natural gas, reflecting its abundance, versatility and economic advantages as an efficient, clean-burning fuel for power generation,” the report said.

Exxon is traditionally ultraconservative and applies caution to deal making. Therefore, the XTO purchase should be considered a smart move, which would not have gone forward without extensive market analysis and prudent future predictions, reducing any risk that such a purchase represents to a minimum.

The purchase of XTO “provides an excellent opportunity for Exxon Mobil to add outstanding resources at a fair price,” said David Rosenthal, vice president at Exxon, during a recent conference call published on its Web site.

Although the latest “Annual Energy Outlook 2010” from the Energy Information Administration (EIA) has not been released, a press release suggests that U.S. natural gas production and gas needs will grow substantially by 2035.

Natural gas will begin to replace coal, which is responsible for close to 50 percent of America’s electric power, as solar and wind power won’t be ready to fill U.S. consumption needs for quite some time and not until cost-competitiveness is achieved, according to discussion by energy sector analysts.