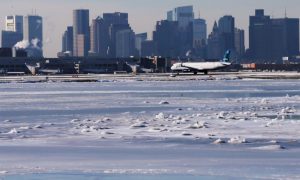 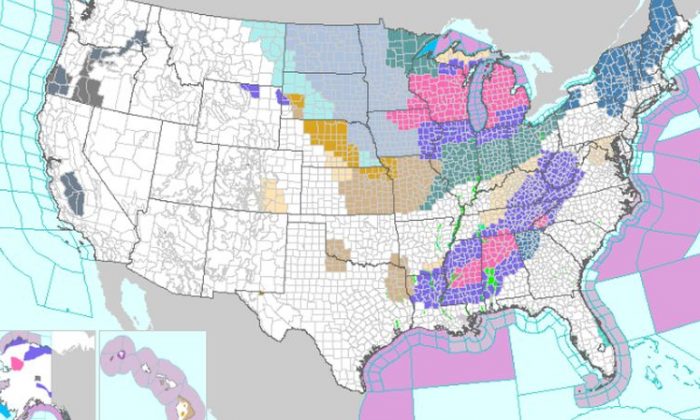 A so-called “polar vortex” is slated to plunge into the United States, potentially impacting the Midwest. Some weather forecasters are saying it could -45 to -60 degrees Fahrenheit after wind is factored in. (National Weather Service)
US News

A so-called “polar vortex” is slated to descend on the United States, potentially impacting the Midwest. Some weather forecasters are saying it could minus 45 to minus 60 degrees Fahrenheit after wind is factored in.

The National Weather Service Chicago office said there will be a “brutal cold snap coming this week” starting on Wednesday.

It said that in Chicago, where temperatures dropped to below zero over the weekend, temperatures could reach minus 41 degrees with wind chills on Wednesday morning

“Try to run them during the day if you can. Do be aware that you are running water all night, so if you have a slow running drain, it’s gonna back up on you. Secondly, open up all the cabinets underneath your sinks and faucets. Get as much warm air into all the areas that you can,” he warned.

Fox32 reported that 18 people have died in Cook County, Illinois, this winter.

Outside of Chicago, in the Midwest, temperatures are forecast to plummet.

It’s not really cold in Chicago until the river starts steaming. At -4, it’s that time of year again. pic.twitter.com/0akq1oZ0j2

By Wednesday and Thursday morning, lows might hit in the minus 20s (without the wind chill factored in) in the Twin Cities in Minnesota, and in the minus teens and 20s in Des Moines, Detroit, and Milwaukee, Weather.com reported, saying that they will be the coldest temperatures in 20 years.

“Some of the coldest air in decades will pour in across the Northern Plains, Midwest and Great Lakes with windchills in the -40 to -50 degree range and air temperatures below zero for several days,” Fox News Senior Meterologist Janice Dean said on Jan. 28. “This will be dangerous and potentially deadly for these regions, and people need to stay inside.”

Visibility in Rockford has regularly been 1/4 mile in heavy snow, with at least 3″ already having fallen (depth now of 15″!). Also reported via broadcast media is blowing and drifting in and around that area. Use extreme caution if traveling early this morning! #ILwx pic.twitter.com/cw9NYJ7s7F

The National Weather Service has issued a number wind chill warnings, watches, and advisories across the Midwest.

“Back to back cold fronts will slice through the eastern two-thirds of the country to deliver one of the coldest arctic air intrusions in recent memory, especially from the Upper Midwest to the Great Lakes and Ohio Valley,” said the agency on the front page of its website.

Steven Davis, the fire chief in Madison, Wisconsin, told the New York Times on Jan. 27 that “these are tough times”

“We’re very concerned about the arctic air and the temperatures,” Davis said. “Obviously, temperatures like this and water don’t mix real well.”