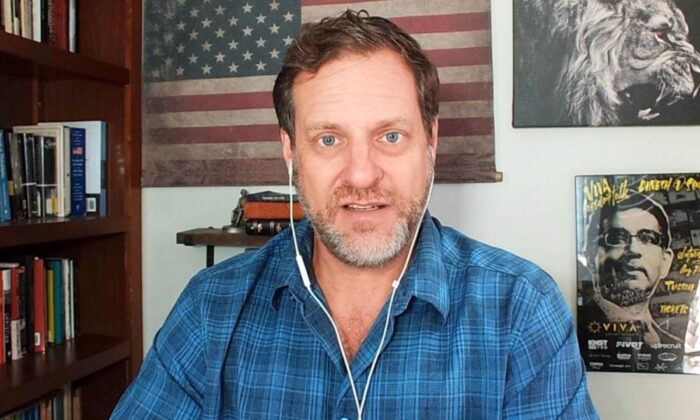 Under pressure from environmentalists, some governments have implemented extreme nitrogen fertilizer restrictions that ignore the time needed to restore depleted soil microbiology, resulting in protests from some scientists and farmers who are seeing the concerning effects of such restrictions.

According to organic farming proponent and former U.S. Department of Agriculture (USDA) soil scientist Kelly Walker, in order to keep the billions of people around the world fed, a paced switch to a hybrid approach is needed over any extreme changes based on an arbitrary number to allow the soil the many years it needs to transition away from chemical fertilizers to a more organic future.

But unfortunately, there has been an ongoing conflict between some environmentalists and regulators with landowners and producers who make a living raising crops and cattle off the land on the approach and extent to take to move toward the common goal of going organic, Walker told EpochTV’s “Crossroads.”

This battle has been going on for a long time, according to Walker, who has done work with groups on both sides of the conflict. There were some people who were willing to meet in the middle and compromise, who have worked through some issues and found solutions. But lately, there have been some more extremist views appearing, “kind of seizing power on this issue.”

“We can’t feed the world strictly on organics,” he said, citing one of the first things he learned in graduate school.

Some environmental groups are portraying chemical fertilizers as toxins or poisons, but that isn’t the case, he said.

“It’s a matter of how you manage them, how you use them,” so there’s no need to switch over 100 percent to organic, according to Walker.

“Nitrogen is nitrogen,” he said. “And the plants recognize it as such.”

It’s a challenge to switch large industrial farms, which operate on small profit margins and have to be very efficient, to organic farming in an instant, Walker said. A largely organic approach can be successful on smaller farms, he noted, but it has to be carefully managed.

Then, to feed billions of people on limited land, the most productivity out of farmland needs to be achieved. Switching in one step to an organic approach on carbon-depleted and almost chemically addicted soils won’t succeed, he said.

“You have to think about things like the residual nitrogen value from the organics,” Walker said. “You can’t just switch over in a year; you have to calculate how much nitrogen is being made available in year one and year two of the organics that you incorporate.

“You have to have several years of residual value from the organics [to avoid crop failure].

“I think getting the soil microbiology fixed is a good first step.”

He explained that the healthy communities of microbes are what’s needed to make nutrients available to plants in organic-rich soil.

“So even if you wanted to go organic on these large farms, you can’t just suddenly cut off the flow; you have to transition.”

To restore soil health, microbial communities of bacteria, fungi, algae, and other organisms are needed, with conservation programs managing the restoration, Walker said.

Implementing such programs takes a good amount of planning and professionals with expertise, he said. There are such experts in state and federal agencies, such as the USDA.

“[There are] a lot of farms, who’ve made a lot of progress in this direction, who are implementing conservation programs, and that’s been part of our government outreach to have conservation reserves.”

Farmers care very much about the land, and those who have the means put a lot of money into conservation, he said.

The first step farmers use to increase the organic content in their depleted soils is to add compost or grow alfalfa, which Walker called “green manure.” They then determine how much extra nitrogen any plants would need, given their current microbial health.

“The organic portion is being broken down and is mineralized by the soil microbes to make it available to the plants,” he said. “And then, if that’s not enough for the plants, then we can put in some more nitrogen, and the plants are happy, but we haven’t killed the soil.”

Walker said progress is being made in soil conservation. But some groups have now decided to jump “way ahead to the extreme of it—we just can’t jump that fast.”

If this trend continues across more farms, “we could have crop failures; we could have sort of dustbowl scenarios, like we saw in the ’30s, in my opinion.”

“You can’t just give a blanket cure for the world or for a nation or even for a region because soils vary in their properties. They vary in their organic matter percentages, the types of soils and silt, clay,” he said. “We don’t need more regulation; we need more education.”

Policies that are based on ideology instead of science are problematic, according to Walker.

“We want to avoid contaminating our water systems; we want to have healthy soils, but you don’t just go off on an ideology without knowing what you’re dealing with,” he said.

“We need less centralization … and we need to work with the local colleges of agriculture, USDA, the professionals who know what they’re doing,” he said.

“The more we get centralized, the more we get up into the bureaucracy, the less realistic we’re going to be on the ground. You can’t necessarily set arbitrary amounts or benchmarks.

“A lot of our farmers are stretched really thin right now. They’re facing the costs of petrol and everything else and just hanging on by a thread. So I find it very concerning.”

Walker said it’s rather obvious that “there is a plan unfolding.”

“It’s no coincidence,” he said. “All of these things are linked together. And if we go down this path, I think we could have famine. I think there are people who want that; there are people are who would like to significantly reduce the population of the planet. And I think it’s a very cold-hearted way to look at doing it.

“It just leaves a lot of progress undone, and it gives a ‘one size fits all’ approach that’s not even going to be good for the planet.”

Farming in Sri Lanka has basically been one big case study for what can happen if farmers are forced to switch to organic farming immediately, according to Walker, who spent a year teaching in Sri Lanka.

“This is a canary in the mineshaft,” he said of the country, which suddenly banned the use of chemical fertilizers in April 2021.

“Doing such a quick switch over—there’s massive, massive problems with that. We all want to help the planet. But if you’re going to make policy decisions based on idealism or some sort of utopia that you’re trying to create, you’re gonna create huge problems.”

Walker said soil specialists could work with farmers to try and help them wean their soils off synthetic fertilizers.

“But again, I really would question if we can feed such a large population just on organics,” he said of the government’s plan.

“If you had most of the people in Sri Lanka owning five to 10 acres, yeah, maybe we could do that. But for the most part, to feed themselves, much less to have some exports to other countries for the sake of their national budget, you probably do need some extra supplemental fertilizer [in addition] to the organics.

It takes a while to build back up the organic matter and necessary microbes in the soils, he said.