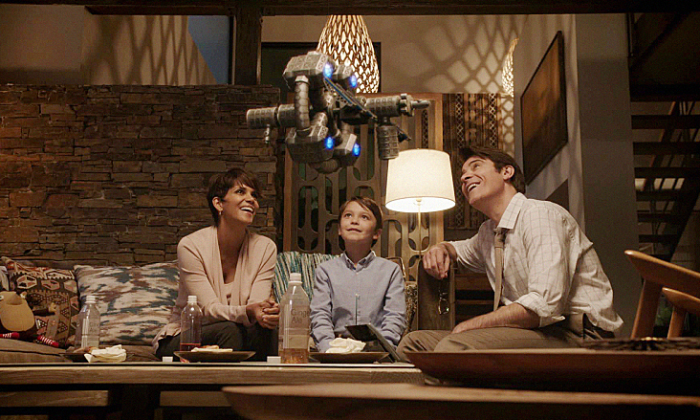 The new CBS television show Extant is set to premiere on Wednesday, July 9 at 9 p.m. EDT.

The show stars Halle Berry as astronaut Molly Woods. The mystery thriller is about Watts trying to reconnect when she returns after a year in outer space.

“Her experiences lead to events that ultimately will change the course of human history,” according to the show description.

The big mystery is how Watts is pregnant, because she was alone in space.

That mystery will be solved, but not all at once.

“You find out, but slowly,” Berry told CBS. “It’s very mysterious, it’s very suspenseful, and there are many twists and turns along the way getting to that resolve.”

Another interesting aspect of the show is that Molly already has a child with her husband John Woods –but it’s an android, created by the inventor John (Goran Visnjic) after the couple was unable to conceive.

“Molly struggles with wanting to love Ethan (Pierce Gagnon), because it’s so important to John and to her. She wants to be a mother, she wants a family, and she’s trying very hard,” Berry told USA Today.

Hiroyuki Sanada also stars as Hideki Yasumoto, a mogul who has his own secrets.

Stepven Speilberg is an executive producer on the show, as is Berry.