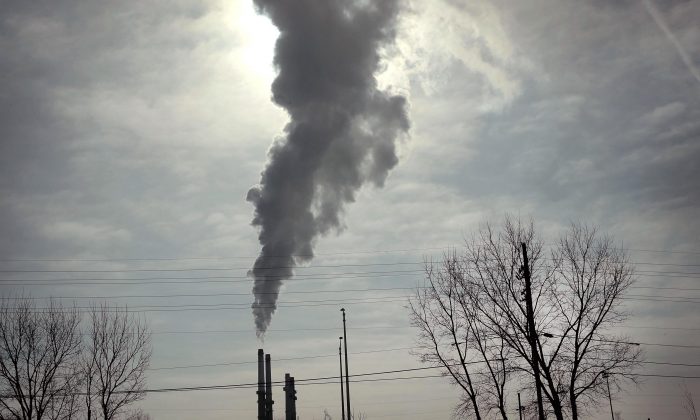 Utilities in several states are attempting to run a con game on their respective states’ utility commissions and ratepayers. How? By claiming that their plans for prematurely shuttering existing, reliable, relatively inexpensive coal power plants and replacing them with expensive, intermittent renewable power sources will save ratepayers money “in the long run.” Meanwhile, they ask for an immediate increase in electric rates to pay for the transition.

The truth is, the “long run” never comes. Any 10-year-old child can tell you someone isn’t saving you money if he or she charges you more for something you already get for less.

From Indiana to Iowa and beyond, electric utilities with existing coal plants are planning to replace them with wind power and, increasingly, solar power, the most expensive form of energy, excluding battery power.

In late 2018, the Northern Indiana Public Service Company (NIPSCO), which provides electric power to approximately 460,000 customers across the state, filed a plan with the Indiana Utility Regulatory Commission (IURC) to prematurely shutter two large coal power plants and replace the electricity largely with solar and battery backup, as well as some wind and electricity purchased from other utilities. According to NIPSCO’s plan, demand would also be reduced.

While NIPSCO claims its move will eventually save ratepayers more than $4 billion, the utility requests that IURC approve a 12 percent rate increase to pay for the transition. James Taylor, my colleague at The Heartland Institute, asked during his Jan. 28 testimony before an IURC hearing discussing NIPSCO’s plan, “In what Alice-in-Wonderland universe does NIPSCO save consumers $4 billion by raising each household’s electricity bill more than $100 per year?”

Of course, Indianans will also likely pay more for goods and services, because businesses will pass at least some of their higher energy costs on to their customers.

In Iowa and Wisconsin, the story is the same. Alliant Energy, a Wisconsin-based utility that provides electric power to approximately 960,000 electricity customers in Wisconsin and Iowa, plans to reduce its carbon dioxide emissions by 80 percent by 2050 by closing all its coal power plants, the source of 33 percent of the electricity the utility currently produces.

Alliant estimates its plans will lower wholesale electric rates in the Midwest over the long term, but reducing wholesale electric rates doesn’t necessarily translate into saving the company’s business and residential customers money. As proof, Alliant asked the Iowa Utilities Board for a nearly 25 percent base rate increase to pay for new renewable power facilities. Iowa’s Utility Board has 10 months to consider Alliant’s rate hike, but in a show of extreme chutzpah, the company moved forward with a 5 percent base rate increase, a charge Alliant says it will refund if the Utility Board denies its proposal.

Coal plants can function efficiently for 30 to 50 years, sometimes longer. Wind turbines and solar panels—even if they operate as intended—generally have less than a 25-year lifespan. And even when solar panels are cleaned properly and regularly, they generate less power over time, declining sharply after 18 to 20 years.

Since many wind and solar facilities are financed over 30 years, the relatively short lifespan of wind and solar facilities means they often stop operating years before they are fully paid for. After including the cost of the high-priced battery backup units that utilities construct to provide power for periods when the sun isn’t shining and the wind isn’t blowing, it’s obvious any promised cost savings related to wind and solar will never materialize.

Because utilities are generally guaranteed a profit margin of about 10 percent or more on every dollar they spend on new facilities, they have a huge financial incentive to build expensive new power facilities, even when existing ones are working perfectly well. In addition, utilities such as NIPSCO and Alliant are rushing to claim the millions of dollars in federal taxpayer subsidies provided by a 30 percent tax credit for solar equipment and a 10-year production tax credit for wind and solar energy before they expire after 2020.

The move from coal to renewables is not about preventing climate change, and it’s certainly not about saving consumers money. It’s about using the climate change scare to pad utilities’ profits.

If utilities think it’s such a good idea to prematurely close well-functioning power plants and replace them with new, shiny, and expensive renewable power baubles, let them pay for it out of their own pockets rather than impose these unnecessary costs on ratepayers and taxpayers.

Until then, regulators and state lawmakers should just say “no” to utilities new rate hikes and unneeded power plant bait-and-switch plans.

H. Sterling Burnett (hburnett@heartland.org)is a senior fellow on energy and the environment at The Heartland Institute, a nonpartisan, nonprofit research center headquartered in Arlington Heights, Illinois.