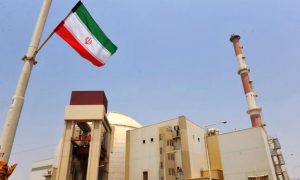 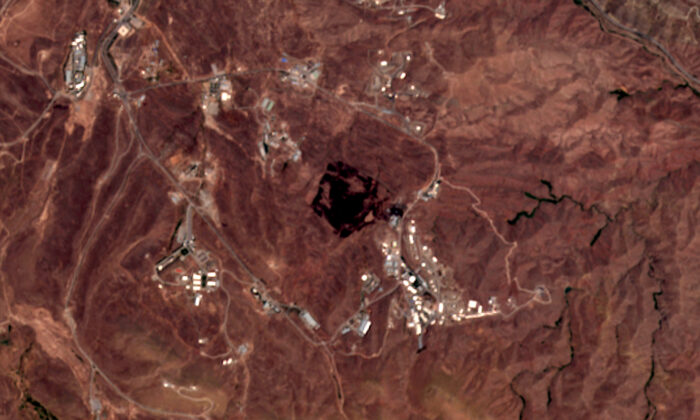 What exploded in the incident early June 26 that sent a massive fireball into the sky near Tehran remains unclear, as does the cause of the blast.

The unusual response of the Iranian regime in the aftermath of the explosion, however, underscores the sensitive nature of an area near where international inspectors believe the Islamic Republic conducted high-explosive tests two decades ago for nuclear weapon triggers.

The blast shook homes, rattled windows, and lit up the horizon early June 26 in the Alborz Mountains. State TV later aired a segment from what it described as the site of the blast.

One of its journalists stood in front of what appeared to be large, blackened gas cylinders, though the camera remained tightly focused and didn’t show anything else around the site. Defense Ministry spokesman Davood Abdi blamed the blast on a leaking gas he didn’t identify and said no one was killed in the explosion.

Abdi described the site as a “public area,” raising the question of why military officials and not civilian firefighters would be in charge. The state TV report didn’t answer that.

Satellite photos of the area, some 12.5 miles (20 kilometers) east of downtown Tehran, showed hundreds of yards of charred scrubland not seen in images of the area taken in the weeks ahead of the incident. The building near the char marks resembled the facility seen in the state TV footage.

The gas storage area sits near what analysts describe as Iran’s Khojir missile facility. The explosion appears to have struck a facility for the Shahid Bakeri Industrial Group, which makes solid-propellant rockets, said Fabian Hinz, a researcher at the James Martin Center for Nonproliferation Studies at the Middlebury Institute of International Studies in Monterey, California.

The Washington-based Center for Strategic and International Studies identified Khojir as the “site of numerous tunnels, some suspected of use for arms assembly.” Large industrial buildings at the site visible from satellite photographs also suggest missile assembly being conducted there.

Such sites “support most facets of Tehran’s ballistic missile capabilities, including the operational force and the missile development and production program,” the DIA said in 2019.

Iranian officials themselves also identified the site as being in Parchin, home to a military base where the International Atomic Energy Agency previously said it suspects Iran conducted tests of explosive triggers that could be used in nuclear weapons. Iran long has denied seeking nuclear weapons, though the IAEA previously said Iran had done work in “support of a possible military dimension to its nuclear program” that largely halted in late 2003.

Iran’s missile and space programs have suffered a series of explosions in recent years. The most notable came in 2011, when a blast at a missile base near Tehran killed Revolutionary Guard commander Hassan Tehrani Moghaddam, who led the paramilitary force’s missile program, and 16 others.