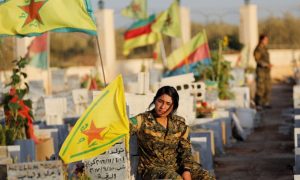 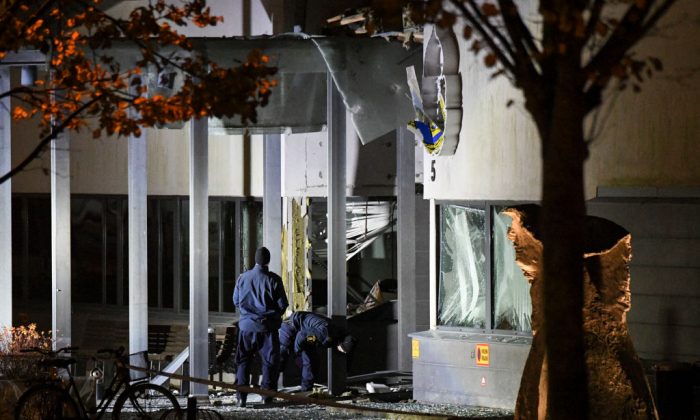 Police forensics work outside the police station in Helsingborg, on Oct. 18, 2017, after a powerful explosion occurred at the main entrance. (Johan Nilsson/AFP/Getty Images)
Europe

An explosion has hit a police station in the southern Swedish city of Helsingborg, early on Wednesday morning.

Although nobody was injured, much of the building was damaged by the blast.

“An attack on the police is not just an attack against society, but on everyone’s safety,” he said.

One local resident told newspaper Helsingborgs Dagblad: “I was in my kitchen and felt the apartment shake. It felt as if someone had thrown something at my balcony.”

The entrance to the police station was damaged, along with the inside of the building.

Lennart Linderos from the local emergency services said: “The whole entrance has been blown away. The windows are shattered and there’s damage to the doors themselves.”

So far, the cause of the blast has not been established.