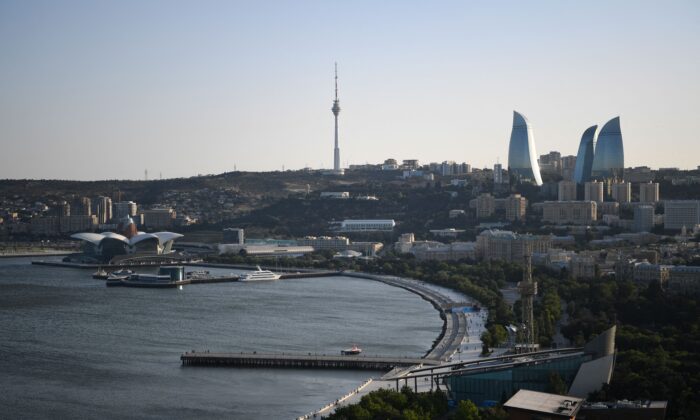 Explosion at Nightclub in Azerbaijan Injures Dozens, At Least 1 Dead

An explosion hit a nightclub in Azerbajian in the early hours of Sunday morning, killing at least one person and injuring at least 31, according to local officials.

A gas leak is suspected to have caused the blast, at LocationBaku club in the capital city Baku, but the investigation was ongoing, Interior Ministry spokesman Ehsan Zahidov told The Associated Press.

Firefighters were called to the club at 3 a.m. Sunday local time and extinguished a fire after the explosion took place, according to the Ministry of Emergency Situations. The ministry reported that at least one person died and 31 people suffered injuries.

The ministry posted photos of emergency workers digging through the rubble.

Health Ministry spokesman Parviz Abubekirov told AP that 24 people were taken to the hospital with burns.

Video posted on Twitter TRT World showed multiple cars damaged and dozens of people outside the club, some injured on the ground, appearing to panic as flames burn nearby.