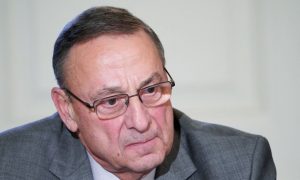 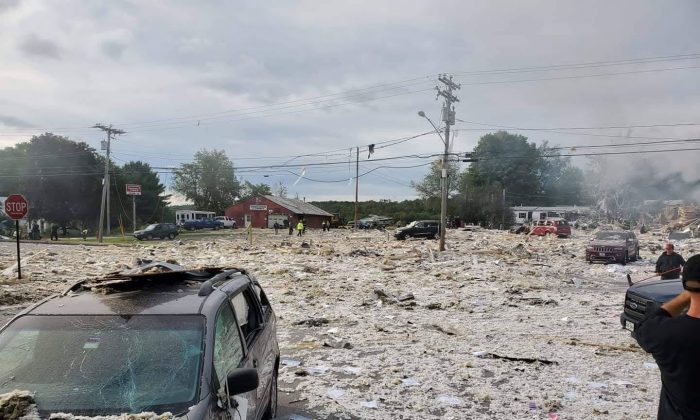 Multiple people have been injured in an explosion at the LEAP facility in Farmington, Maine, according to a spokeswoman with the Franklin County Sheriff's Office. (Courtesy Jacob Gage via CNN)
US News

At least one person was killed and several were injured following an explosion at a building in Farmington, Maine, according to officials.

Maine Gov. Janet Mills confirmed that a firefighter died in the incident on Monday, Sept. 16.

“Our hearts go out to all those impacted by this tragedy, especially to the loved ones of the firefighter lost and others injured. I am grateful for the work of first responders who are at the scene and urge Maine people to avoid the area,” she said in a statement.

Adding further, she wrote her office is “closely monitoring the explosion in Farmington and have instructed the Department of Public Safety to keep me apprised of the situation.”

The explosion occurred after officials were investigating a propane smell at the LEAP facility. The Franklin County Sheriff’s Office told CNN.

The Franklin County Regional Communications Center said on Facebook that at around 9 a.m. local time that a “large incident” occurred on Farmington Falls Road, urging locals to “stay away from the area.”

Several commenters on the post said they could feel the blast in other towns.

The Maine Department of Transportation confirmed the explosion on Twitter, and it also warned drivers that traffic is being diverted.

The Associated Press reported that in all, six people were injured along with the lone firefighter death.

Kim Hilton, who works in the admissions department at the nearby University of Maine, told AP that “it felt like someone hit our building with a vehicle.”

Jacob Gage, who lives in Farmington, told CNN that was in bed when his building “shook with a thunderous boom.” The power also went out at his home.

“The scene was very ominous,” he explained. “There was still insulation falling from the sky like a gentle snow and first responders were running around trying to administer first aid and locate the missing chief.”

Video footage of the aftermath was posted on social media, showing debris and clouds of smoke. Photos also showed the entire building in ruins.

Mills said the cause of the incident is currently under investigation.

Farmington is located about 70 miles north of Portland, the state’s largest city.