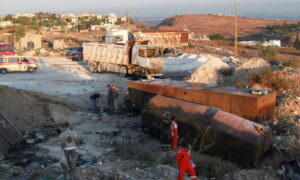 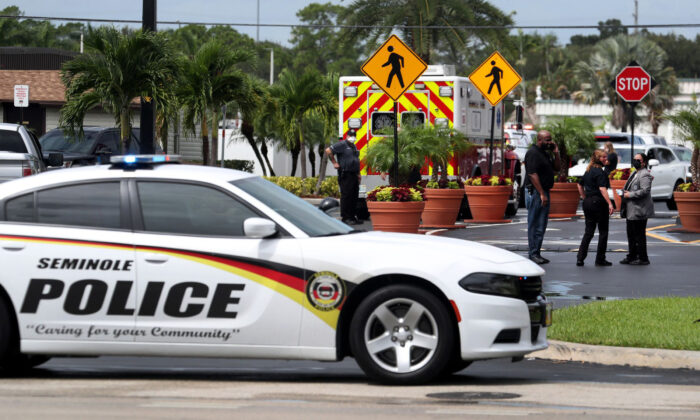 Seminole Police on the scene at Seminole Classic Casino in Hollywood, Fla., after an explosion damaged storage areas and blew out drywall in the casino, causing numerous injuries, on Sept. 13, 2021. (Susan Stocker/Sun Sentinel/TNS)
Florida

Explosion at Florida Casino Injures More Than 20 People, Including Customers

HOLLYWOOD, Fla. — A system meant to suppress fires at the Seminole Classic Casino in Hollywood exploded Monday morning, causing dozens of injuries—including people inside the casino after drywall rained down on customers.

Seminole Tribe spokesman Gary Bitner said contract workers were servicing the fire suppression system as they do every six months when one of the lines to a gas canister ruptured causing the explosion.

The explosion happened on the second floor, which houses the casino’s server, other major equipment as well as company offices. In addition to causing widespread damage to the system and surrounding area, the casino on the ground level was also damaged when the drywall crashed down to the bottom floor.

“We were very lucky that the injuries were mainly minimal,” Bitner said. “And obviously we’re going to make sure we understand exactly what happened so it never happens again.”

Seminole Tribe Fire Rescue as well as fire and rescue units from Hollywood responded, treating people and evacuating the casino at 4150 N. State Road 7. Fire marshals from both agencies are investigating.

It is not clear when the casino will be able to open again.