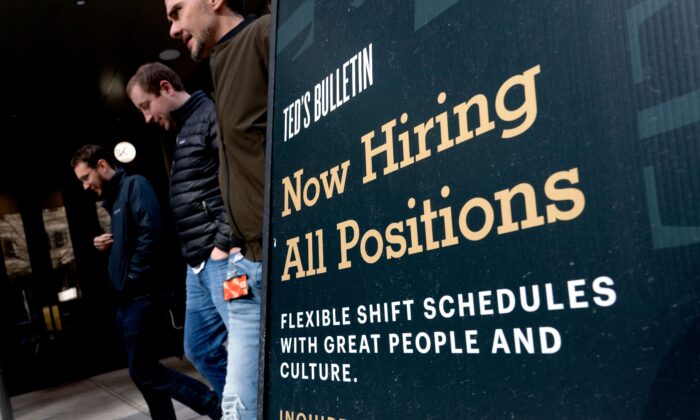 Exploring the US Labor Shortage and Unemployment

Businesses across the United States report that they find it hard to find staff and that vacancies are going unfilled. Meanwhile, companies are making cuts, and unemployment is expected to rise.

In 2021, more than 47 million workers quit their jobs, considerably more than the 42 million in 2019. Some of these resignations were due to vaccine mandates, but there is much more to this shortage of workers story.

The unemployment rate is determined by dividing the number of unemployed people by the entire workforce. To be considered unemployed, a worker must be over the age of 16, must have been available to work, and actively looked for work in the past month. Temporarily laid-off workers do not qualify as unemployed. People who have dropped out of the labor force, those no longer wishing to work, are also not counted. One theory is that the unemployment figures are low because people are no longer seeking work and, therefore, are no longer counted. This would also explain why companies are having difficulty finding staff. This explanation is valid, but the true picture of the job market is much more complicated.

A look at changes in the size of the U.S. civilian labor force, those people seeking a job who are not in the military, may shed some light on what is happening in the labor market. The labor force was 163.54 million in 2019. In 2020, it dropped to 160.74 million as millions left the job market. In 2021, it rose to 161.2 million and stood at 163.96 million in July 2022. While the number is back to the pre-COVID level, the trend is abnormal. Numbers were expected to increase each year as they did from 1960 to 2020 due to immigration and young people attaining working age.

The data on unemployment and the labor shortage is somewhat counterintuitive. In the early weeks of the pandemic back in 2020, roughly 20 million jobs were lost, but most of those have been recovered. And so far this year, employers have created more than 6 million jobs. Through the month of May, job openings exceeded job seekers by nearly 2 to 1. Consequently, one might believe that there are more jobs than workers.

At the same time, according to Linkedin data, hiring across all industries has dropped by 5.4 percent in the past month. The tech sector has been hit particularly hard with a 9.1 percent decrease in hiring. Companies that have announced job cuts or hiring freezes include Netflix, Tesla, and Coinbase, while Vimeo is laying off 6 percent of its staff.

A general economic downturn can be a leading predictor of coming unemployment. Social media, traditional media, and tech companies are among those reporting the greatest decline in sales. Advertising revenues are down as companies spend less, anticipating consumers will also curb their spending. Body care, expensive health, and beauty aids are areas where people usually reduce spending in a tight economy, but even traditional retailers like Walmart are cutting their profit outlook. With sales down, companies are looking to save money by reducing staff.

7-Eleven laid off 900 corporate workers in Texas and Ohio. Ford is planning to cut 8,000 positions, electric carmaker Rivian is slashing 700 positions, delivery start-up Gopuff is letting 1,500 workers go, and mortgage lender LoanDepot is eliminating 4,800 jobs this year. It does seem that if unemployment is not particularly high now, it is set to increase.

Between mid-March and the end of July, first-time filings for unemployment benefits rose by 51 percent. The Federal Reserve is planning to raise rates again to bring down inflation and anticipates the unemployment rate increasing to 4.1 percent by 2024. The reduction in jobs is expected to come in the form of fewer new job postings and less job creation rather than widespread layoffs.

In a vicious circle, layoffs, reduced staff, and worker shortages may actually be one of the reasons for resignations. Some workers cite burnout as their reason for resigning. Burnout comes from employees being forced to cover multiple roles when employers are short-staffed.

Another issue that exacerbates both unemployment and the labor shortage is that faulty artificial intelligence (AI) in hiring software rejects qualified applications. Many hiring systems are set up to reject applicants with a six-month employment gap. The COVID lockdowns in 2020 and 2021 caused a large number of people to have an employment gap. Now, although they wish to return to work, AI forces them to remain jobless.

A Harvard University study estimates that about half of applicants for skilled positions are being screened out. About two-thirds of American workers are qualified through skills rather than university degrees, but hiring apps often dismiss their applications for not meeting the basic education requirement.

There is concern that if the public sees job cuts, layoffs, and hiring freezes as a trend, they will believe the United States is heading into a recession. Fears of a recession can become a self-fulfilling prophecy as people cling to their cash, afraid to spend. If people spend less, corporations will suffer reduced revenues and will lay off workers, which, in turn, will reinforce and confirm the fears of an economic downturn.