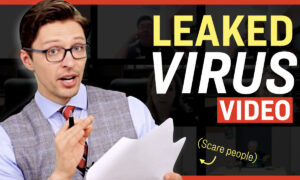 WASHINGTON—The Democrat push for more illegal immigration started in California in the 1950s, according to Trevor Loudon, an immigrant from New Zealand and author of “Barack Obama and the Enemies Within.”

“That will give the Democrats between 10 and 24 million new voters. That will make them the permanent governing party of this country,” Loudon said.

“That is why Hillary Clinton promised to legalize every illegal immigrant in this country within 100 days of taking office. And that is why Obama lost the Senate fighting for illegal immigration in 2014.”

In 2009, Medina spoke at the America’s Future Now progressives’ conference in Washington.

“[If] we reform the immigration laws, it puts 12 million people on the path to citizenship and eventually voters,” Medina said. “Can you imagine … [even] if we get 8 million new voters that care about our issue and will be voting—we will create a governing coalition for the long term, not just for an election cycle.”

Loudon said the Democrats’ goal of securing a permanent governing majority means that illegal immigration is the top priority.

“Because they understand that other policies can be reversed, but if you flood this country with another 10, 20, 30 million people who will vote reliably for the Democratic Party—which is completely infiltrated by Marxists and communists—you basically give the communists complete power over this country,” Loudon said.

Loudon said the push for illegal immigrant voters is behind much of the voter fraud and the fight against voter ID laws.

“Probably up to 5 percent of the electorate are illegal voters. And in most, elections are won by less than 5 percent, or many elections are,” he said.

“If 80 percent of the illegal immigrants voted Republican, I guarantee Barack Obama would have had the biggest fence on the border you have ever seen.”

The Heritage Foundation, a Washington-based think tank, has created a database of voter fraud cases. It contains 1,132 proven instances of voter fraud throughout 47 states, with 983 criminal convictions.

“Some of those are cases of one person taking advantage of the system,” said Hans von Spakovsky, senior legal fellow at The Heritage Foundation in Washington.

“For example, we discovered a guy who had been convicted of voting in three different states at the same time. He lived, I think, in Tennessee, so he voted in person there and he voted by absentee ballot in two other states. But there are other cases that involve the casting of literally hundreds, and in some cases thousands, of fraudulent ballots.”

A 2014 study by a team of professors from Old Dominion University and George Mason University estimated that about 6.4 percent of noncitizens voted in the 2008 presidential election.