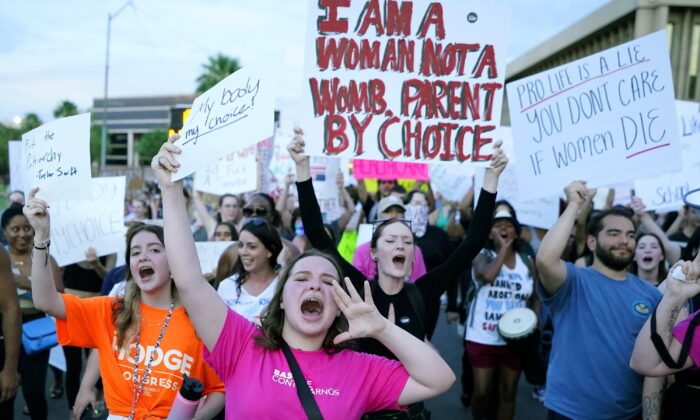 Expert Panel: Economy, Not Abortion or ‘Threats to Democracy,’ Will Determine 2022 Midterm Winners

When the 2022 midterm primary cycle kicked off in March, Democrats were being battered over inflation and economic uncertainty with a projected “Red Wave” poised to sweep Republicans into a Senate majority and to as much as a 30-seat hammer-hold in the House.

But GOP campaigns across the country were apparently unprepared for how the U.S. Supreme Court’s June repeal of Roe v. Wade would galvanize women and young voters, resuscitating Democrats’ previously dim odds of winning the Senate and maintaining control of the House.

Now, as the final two months unfold before the Nov. 8 elections, Republicans need to refocus on economic anxiety while Democrats must address “kitchen table” concerns and not rely on post-Roe angst, concluded panelists during a Sept. 8 Brookings Institute virtual forum.

“I wonder if Democrats aren’t making the same mistakes” in investing too much energy on one issue and being unprepared to pivot should events change the discussion, said panelist Ramesh Ponnuru, senior editor of National Review, the conservative magazine founded by William Buckley Jr.

The left-leaning Brookings Institute is among political operations and news organizations assessing the fallout from primaries—three remain, all Sept. 13—and, in the week after Labor Day, were canvassing pundits and analysts for insights on trends that could influence how the last 70 days before Election Day pan out.

Panelists agreed that broad national issues—such as abortion, the economy, foreign policy—have greater influence in statewide Senate races than at the congressional district level where local issues are often the determining factor in many races.

“I think Democrats can [have success on abortion issue] in the Senate races, not sure if they can do that in the House races,” Center for Effective Public Management founding director Elaine Kamarck said.

Such issues could deliver Democrats victories in Senate races, including in Pennsylvania, but won’t be compelling factors in most House races, she said, projecting Republicans will take the House in November.

Ponnuru said numerous polls indicate abortion is a “driving issue” for no more than 13 percent of voters. While that is a significant contingent, nearly three times as many voters say the economy is their top concern, he said.

“If people are not happy where they are this fall,” that will be their motivation for people to vote and determine who they will vote for, Ponnuru said.

He said panelists need to “cancel some humility” to postulate on “what choices voters will make and what will be foremost on their minds” on Nov. 8 because no one knows what “the substance of the political debate will be in two months.”

Look how the environment has changed during the primary cycle, Ponnuru said. “Two months ago, it seemed like gas prices and inflation were the top issues. Now it is more of a Democratic hope that it will be about abortion and Trump,” he said.

He expects “the focus to shift and to blur” repeatedly in the coming weeks with issues that may have yet to emerge becoming factors in shaping the results.

In an election year after Labor Day, agreed Center for Effective Public Management deputy director John Hudak, “a day is a lifetime, two months is an eternity.”

Forum moderator Mara Liasson, national political correspondent for NPR, said one issue both parties appear to homing in on now is combating “threats to democracy.”

A recent poll showed 69 percent of surveyed respondents in both parties think democracy is in crisis, Liasson said, but “for different reasons.”

And that’s a problem, Hudak said, because both parties are claiming the other party is that threat—with Democrats making former President Donald Trump’s election fraud claims the threat, while Republicans maintain the threat is Democrats’ resistance to their election integrity initiatives.

“That is pretty fascinating,” he said, but as a campaign issue for Democrats, a “threat to democracy” is a “complex idea not as easy as abortion, inflation, war … to sell to voters.”

Hudak is “not convinced” either party will find success in claiming the other is a threat to democracy, although such Trump-centric concerns could make it “more difficult for Republicans to win in swing districts.”

Trump-supporters hoping to rally support for Republican candidates in general elections by focusing on the FBI raid on Trump’s Mar-A-Lago resort-home, and the ongoing legal tussle over classified documents, could also see those efforts backfire, he said.

A certain percentage of “neocons,” or George W. Bush-era Republicans, “are going to [consider] Donald Trump’s mishandling of top secret documents as treasonous, as a real threat to how our system works, to national defense,” Hudak said.

“They are probably not going to go out and vote for liberal Democrats, but if they stay home—if just 10 percent [don’t vote]—that can prove devastating this fall” to GOP candidates, he said.

Hudak said one thing he’ll be watching is how Trump-endorsed Republican candidates running on election integrity platforms based on the former president’s election fraud claims react should they lose on Nov. 8.

“Election deniers running for office will continue to be election deniers,” he said, and if they refuse to accept results in fall’s general elections, their voters “will be angry” and “if that 69 percent becomes 89 percent, it creates a real existential threat to the system.

“If the conversation we are going to be talking about is threats to democracy, this is a real threat to democracy.”