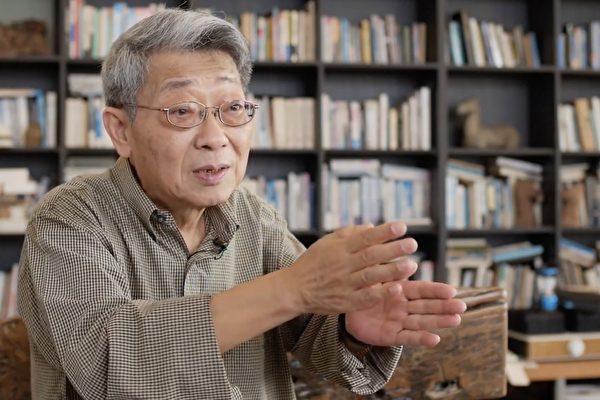 The fiscal deficit of local governments has become a norm in China. During widespread pay cuts of public servants, the regime continues to box itself in with its strict zero-COVID policy. A China affairs observer believes China is heading toward a post-regime epoch.

Kenneth C. Fan, the founder of Indo-Pacific Risk Forecast Centre, says that people should be prepared for a post-regime era.

In an interview with the Chinese language edition of The Epoch Times, Fan defined what the era of post-Chinese Communist Party (CCP) means and provided what he believes will be a clear signal of the new period beginning.

He anticipates the CCP’s power departments, such as, the public security, military, and armed police, will soon experience pay cuts, which he believes to be a clear sign of a  impending post-CCP China.

Fan described modern China as an oversized Hollywood stage where the CCP set up “a team of crew and billboards,” such as finance, national defense, and banks, to attract foreign investment that would maintain the Chinese economy with blackbox operations.

With this giant Hollywood setup, the CCP achieved its goal of joining the WTO, and the world became the CCP’s ECMO (extra-corporeal membrane oxygenation), that is, life support, to maintain China’s economy from the outside.

The theme, known as “deception, growth, kill,” was planned to seize technology and interest from foreign businesses, especially Taiwanese businesses.

He said the giant Hollywood movie set is designed to deceive.

He referred to the regime as the founder of the metaverse.

“What is the metaverse that Facebook is talking about now? Let me tell you, … Under the CCP’s rule and united front, it has built itself into a multi-layered, multi-dimensional, metaverse.

“Of the many characters and worlds in the metaverse, there is always one suitable for you, and there is always a way to pull you into its trap. Like the boiling frog—you will be very comfortable; but later, you will find that this is the end,” Fan said.

Recent news of public departments cutting the salaries of civil servants, teachers, and even medical staff in various parts of China, suggests a severe deterioration in China’s finances.

“Xi’s trying to reverse China’s situation, with internal control, zero-COVID, closure of cities and households, or even through wars,” Fan said.

He criticized Xi Jinping for managing China like a war state, “The lockdown of Shanghai is his pre-war exercise,” he said.

But the wide use of city lockdowns has financially devastated the entire country.

On July 14, the Chinese Ministry of Finance reported a budget deficit in all 31 provincial administrative regions for the first six months of 2022. On July 21, the State Council warned all levels of government to adhere to tight spending.

Real estate investor Graham Stephan also shared on his Twitter account on Aug. 17, that the Chinese economy is experiencing a “near-complete collapse.”

Fan explained that he proposed the concept of a “post-CCP China” in 2019.

His prediction is that this will happen when every Chinese administrative unit runs a deficit, and the central government’s finances aren’t enough to resolve the local deficits; with the situation lasting for 24 months.

He pointed out that without money, the ruling framework of the CCP collapses.

“The public service will halt, and the operations to sustain basic livelihoods will cease when the nation’s finances fall short,” he said.

When The Force Sector Is Short on Cash, the ‘CCP’s Finances are Terminally Ill’

Fan believes the most indicative phenomenon of financial terminal illness would be when the CCP’s “power departments,” such as the army, police, intelligence, and public security, also experience delayed paychecks.

He said that these departments—what the CCP relies on to secure its power—would typically enjoy a large share of the budget. Local police departments also keep their cash flow using various means, such as, arbitrary fines. Therefore, when their salaries are also delayed, the CCP’s finances are terminally ill.

He stressed, that lack of cash is the clearest signal of the beginning of a post-CCP China.

Shih-hsun Li contributed to this report.