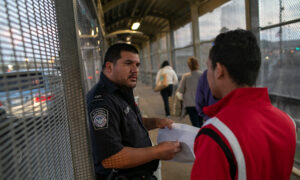 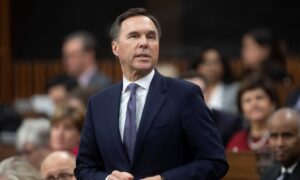 Federal Budget to Be Tabled March 30
0 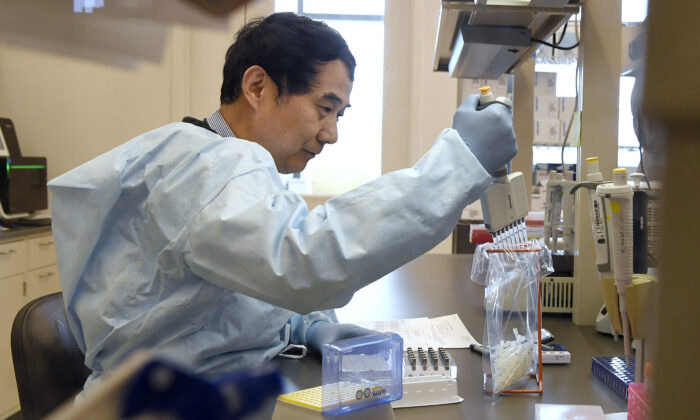 WASHINGTON—Overregulation of diagnostic testing has played a major role in delaying the U.S. response to the coronavirus outbreak. The existing rules have created a bottleneck in delivery of testing kits, slowing the process of detection of cases in Washington state for weeks, said a health policy expert.

“The problem is a holdover from the Obama administration,” Roger Klein, a physician, attorney, and health policy expert, told The Epoch Times.

“It’s not a rule. It’s not written down anywhere,” he said. “I don’t know if anybody in the Obama administration was even aware of it. This is a pretty obscure area.”

However, the Food and Drug Administration “got more assertive during the Obama administration and tried to get control over clinical laboratory testing” said Klein, who is also a former advisor to the FDA and former director of molecular pathology at Cleveland Clinic.

He noted that an FDA letter in 2016 during the Zika virus epidemic was good evidence for the agency’s practice. The agency sent a warning letter dated March 2016 to two hospitals in Houston asking them to get clearance and approval from the FDA for the test kits they had developed to detect the Zika virus.

“During H1N1 (Swine Flu) epidemic in 2009, however, FDA did not attempt to regulate the laboratories and did not interfere, allowing labs to act swiftly nationwide,” Klein said.

“Labs started testing right away. And we quickly got a handle on the epidemic,” he added, noting that between 2009 and 2016, the FDA gained excessive regulatory authority.

The Trump administration has come under criticism for the shortage of test kits, which hampered the ability of public health officials to detect the virus and respond quickly.

Senate Minority Leader Chuck Schumer repeatedly criticized the president’s handling of the coronavirus response, urging him to expedite the approval of labs for testing.

“The United States is trailing countries around the world in our testing capacity,” Schumer said on March 11 on the Senate floor.

“I honestly don’t know why it has taken so long for the Trump administration to get a handle on testing, which is the most powerful tool in helping us respond to the spread of the virus.”

Trump blamed his predecessor, saying he had to overcome an Obama-era FDA regulation in order to more quickly provide diagnostic tests.

“The Obama administration made a decision on testing that turned out to be very detrimental to what we’re doing, and we undid that decision a few days ago so that the testing can take place in a much more accurate and rapid fashion,” Trump said at a meeting with airline executives on March 4 at the White House.

He was soon criticized by media for “falsely” claiming that he ended Obama-era rules.

“The president was right,” Klein said, adding that it wasn’t a regulation but a policy originated under Obama.

“I don’t know who initiated it, but I think it happened at the career level.”

To remove the barriers, the agency issued guidance on Feb. 29 expanding the number of laboratories eligible to provide testing. The agency said it would allow labs to create and use their own in-house tests immediately, without FDA review, as long as they completed an emergency use authorization (EUA) request within 15 days.

Robert Redfield, director of the Centers for Disease Control and Prevention, on March 4 at the White House meeting described the regulatory change made by the Trump administration.

“In the past, we used to be able to have laboratories that could develop what we call ‘laboratory-developed tests’ and then be able to apply them for clinical purposes. And in the previous administration, that became regulated so that now for someone to do that, they had to formally file with the FDA,” Redfield said.

And with recent changes, university labs and other labs in the country “can be fully engaged in developing laboratory diagnostics for the clinical arena,” he said.

There is an entire legal debate over whether the FDA should regulate lab-developed tests, according to experts.

“In my view, the hospital laboratories shouldn’t need to apply for EUAs,” Klein said.

He said the administration has taken the right step in providing regulatory relief, but there’s a further need to lighten the regulatory burden.

“The FDA doesn’t belong to this space,” he said. “The agency should not be involved in regulating these laboratories.”

“By the end of this week, there will be more than 4 million more tests made available in jurisdictions around the country. One million are already in place,” he said during a White House press briefing on March 10.

He added that top commercial labs such as LabCorp and Quest are in the process of distributing and marketing tests as well.

“This has been unique for me to be able to see this unbelievable dialogue between what states need, what local governments need, and the federal government being responsive with changing those regulations,” she said. “And that has been really wonderful to watch.”

In an interview with Fox & Friends on Mar. 12, Pence said that the Trump administration is clearing all the barriers to get the testing kits available throughout the country.

“We are working every single day to clear out any red tape to make tests more and more available. Right now, every state lab in America can conduct testing,” Pence said.