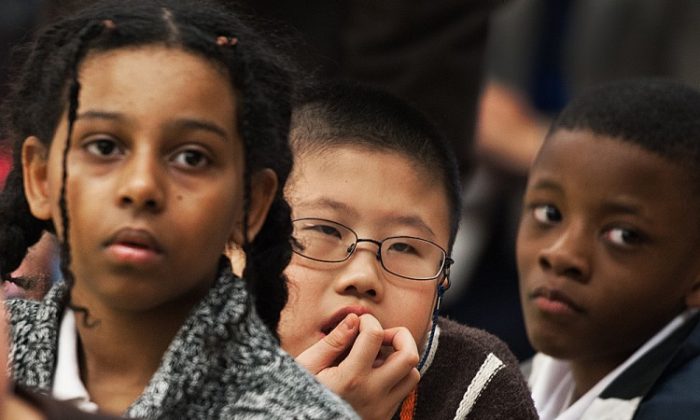 Beth Mattingly, an expert on poverty, said the safety net works, in the sense that few people in America are dying of starvation, or dying of hypothermia on the streets.

Mattingly is director of research at the Carsey Institute at the University of New Hampshire. If you consider another definition, “whether people are able to escape poverty and giving them the tools they need to succeed in escaping from poverty, it’s absolutely not working by that definition,” said Mattingly.

It is worthwhile for the country to devote resources to mitigating poverty, according to Mattingly, but it would be even better if public policies created a ladder out of poverty to meaningful work and economic security. “I really appreciate Newt Gingrich’s statement that we need more than a safety net, we need a trampoline.”

The most important point about poverty is its effect on children, according to Mattingly. According to a statement from the Carsey Institute, “between 2009 and 2010, one million more children in America joined the ranks of those living in poverty, bringing the total to an estimated 15.7 million poor children in 2010, an increase of 2.6 million since the recession began in 2007.”

The younger a child is when he or she enters poverty, the more severe the poverty, and the longer the time he or she spends in poverty, the more likely it is that the child will be affected not only long term, but for a lifetime, she said. Children who experience poverty may “attain less total education, they tend not to have as many years of formal schooling as those who don’t grow up in poverty; they also tend to have poorer health outcomes; and finally they often have negative behavioral consequences,” such as non-marital births.

In some, not all, poor communities, having a child is one of the few “routes to fulfillment,” and marks the transition to adulthood, according to Mattingly. Some young poor people have children too early, when they may not have good parenting skills. “So I think perhaps parenting education starting prenatally or even before, talking about the importance of reading to children and nonviolent approaches to discipline would be really beneficial.”

The Harlem Children’s Zone does that, and parents who attend the classes know that their children will be able to attend the good preschool associated with the Children’s Zone. “That’s going to make a difference for the next generation,” said Mattingly.

She said, “I’ve had a lot of interviews with poor parents and by and large these parents want so much for their children … they want a better way and they’re really trying hard.”

Parenting classes, jobs training, financial literacy education so people are not as vulnerable to predatory lenders, and “early childhood education programs, so that poor children aren’t starting out behind,” are practical interventions that can help people leave poverty, according to her research.

The Earned Income Tax Credit (EIC) is a very effective program that subsidizes the wages of the working poor, so that they can meet their needs more effectively, according to Mattingly.

Measures of poverty are relatively arbitrary, she said, and even people well above the official poverty line often can’t afford basic food, shelter, transportation, and utilities.

In a way the recession glass is half full: “One thing I think the recession has started to do for some people is make poverty less about us versus them, because so many of us are now poor,” said Mattingly.